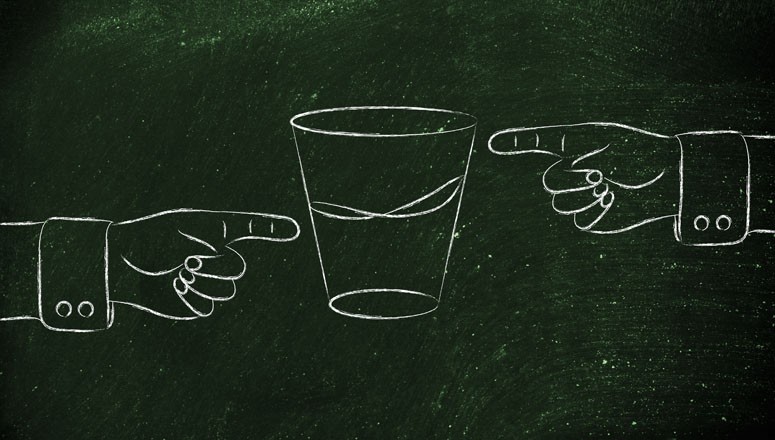 You are here: Home / Menopause / Moon Pause, Part 5: Sex And The Aging Woman

â€œAn older woman looks good wearing bright red lipstick. This is not true of younger women or drag queens. Once you get past a wrinkle or two, an older woman is far sexier than her younger counterpart. Her libido’s stronger, her fear of pregnancy gone. Her experience of lovemaking is honed and reciprocal and she’s lived long enough to know how to please a man in ways her daughter could never dream of. Young men, you have something to look forward to.â€-Andy Rooney

Sex in later life is somewhat like the glass half full or half empty point of view. First the half-empty glassâ€¦ many women, due to hormonal changes and stressed family lives, simply lose desire for sexual relations. Medications deemed necessary for various health issues are known to be libido reducers, and physical limitations can inhibit sexual positions and satisfaction. Vaginal dryness and thinning walls can make sex uncomfortable. Wrinkles, rolls, and shifts in physique lead to low self-esteem, limiting the perception of feeling desired in a society that insists youth and perfection are the ultimate aphrodisiac. Couples living in managed care facilities are often given very little privacy to enjoy the closeness of sexual relations.

Physical changes aside, finding suitable partners becomes another challenge for women as they age. Typically, the older a woman gets, the fewer the men available. According to the author Margaret Cruikshank, two-thirds of heterosexual women over the age of 65 are single compared to one-quarter of men of that age. (Cruikshank, 2009) Â Of the men that are looking for a relationship, many seek a companion who will also serve as caregiverâ€”not an enticement for women who have spent lifetimes giving.

Countless women were abused sexually, physically, and emotionally in the past, which stays with them as a silent muzzle in later life. Broken and unspoken spirits manifest in crippled relationships, or, in lonely penance for being female.

Being Embraced By Society

Lesbians face different challenges as they age. Few states at this time allow marriage between same-sex partners which, in effect, limits the benefits that can be shared and passed on in death. There is no Medicaid protection for unmarried partners should one enter a long-term care facility. (Hillier) Tax laws favor married couples, as do many laws and social conventions. A New York study found twice as many gays and lesbians living alone after the age of 65 as compared to all people in that age group. (Hillier) Although little research has been conducted on the health and happiness of aging lesbians, the belief is that they develop networks composed of family, friends, and partners that both support and confirm lifestyle choices. It would seem heterosexual and lesbians have more in common than believed. Maggie Kuhn felt lesbian relations in old age are a welcome way to end or minimize loneliness, and should be embraced by society. (Kuhn & Hessel, 1977)

In the glass is half-full category, older women can find sex to be enormously freeing and fulfilling. After menopause, the fear of pregnancy disappears just as creativity re-sparks. Once the children have left home, couples are free to romance and couple without hiding. Masters and Johnson suggest women should have continued sex as they age, confirming it is natural and advantageous to their health and wellbeing. Their research found no end-point to sexual desire or ability. (Hillier) The phrase â€œuse it or lose itâ€ never held stronger meaning.

While men continue to enjoy the biases of medical research (Viagra, for example), women can take advantage of sexual aids like natural lubricants, stimulators, and hormone replacement to compensate for dryness and thinning tissues. Perhaps the biggest factor in staying sexually active is found in the brain. Attitudes toward sex during aging play a critical role in satisfaction. One study found 95% of married women in their 50â€™s were sexually active, 89% in their 60â€™s, and 81% in their 70â€™s. (Hillier)

Nonetheless, society still struggles with the idea that older Americans have sexual desires. I remember visiting my grandmother early in my own marriage. As usual, we sat at her small drop-leaf table and savored coffee and gossip. Grandma began telling me about one of her afternoon soap operas, and how graphically sexual it was becoming. As she stared into her coffee cup she said, â€œAfter watching the people on the show, I wonder if I was ever satisfying to your grandfather. I was always too shy to be adventuresome.â€ I was stunned. Grandma had spent most of her life trying to protect me from knowing anything about sex, and now she was admitting her thoughts of potential inadequacy. It was the first time I thought of her as a sexual woman instead of my prudish grandmother. I was also honored that she shared her thoughts with me. It was an acknowledgment that I had become a woman in her eyes.

One study cited by Hillier found that 50% of women staying in 10 California life-care facilities had sexual thoughts and activities. 25% of those had regular sex partners despite being single. The conclusion was that those who enjoyed sex early in life continued to do so throughout life. However, most staff at nursing homes responded by saying sexual desire among patients is considered a problem. Suggestions for improving sexuality for those desiring it include: improving privacy, educating staff about sexuality in older stages of life, arranging home visits or conjugal times, encouraging hugging, kissing, and affection as forms of sexual wellness, consider how medications affect sexual desire, and respecting the individualâ€™s right to remain sexual.

Maggie Kuhn on Aging, a dialog edited by Dieter Hessel. Maggieâ€™s forthright style of common sense is delightful and right on target.

The Next Fifty Years, by Pamela D. Blair, Ph.D. is intended as a guide, a journal, and a fresh approach to the second half of life.

The Juicy Tomatoes Guide to Ripe Living After 50, by Susan Swartz. A compilation of profiles of women who blaze trials and inspire.

The Sexy Years, by Suzanne Somers. Shedding her dumb-girl television persona, Suzanne speaks to the frustrating changes occurring during menopause and beyond.