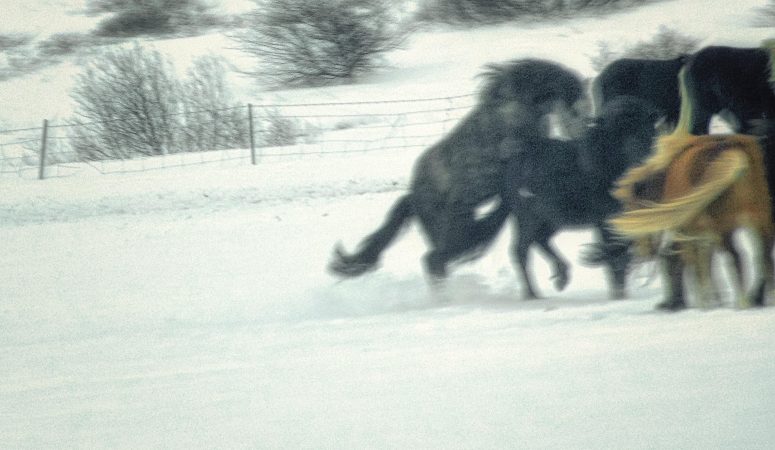 You are here: Home / Musings About Aging / Crap Wildlife Photography: How I received 1800 “Likes” From A Fugly Photo 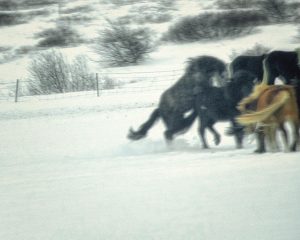 From the tour bus window…

It was not my finest photographic moment, but then again, optimism ruled the day. How bad could a picture taken from a fast-moving tour bus, through a fingerprint speckled bus window, on a blizzardy day, be?

Yeah, well, about that…

Jammed in a small tour bus gliding surprisingly fast over Icelandic winter roads, my husband and I felt grateful we were able to get out of Reykjavic for a few hours. Don’t misunderstand, Reykjavic is excellent, but I craved the countryside and Iceland’s beautiful and unusual natural wonders. 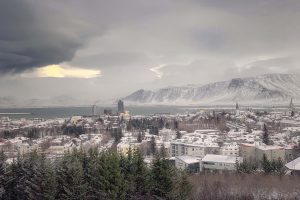 The thing is, winter in Iceland is a lengthy affair, and warnings that plans might need altering were sorta shrugged off by us. (Refer back to that word, “optimism.”) We rented a car for the first few days and ended up using it very little due to storms and road closures.

Therefore, on a day that allowed a tour, it was a relief to have a seasoned professional driving over the wintery roads. And by professional, I mean the tour guide/driver has lived in Iceland his whole life. And by roads, I mean I believed they were somewhere under the tour bus. From where I was sitting, it was hard to tell where the landscape and highway began and ended due to the wind and snow. Exciting stuff, prone to frequent outbursts of prayer. 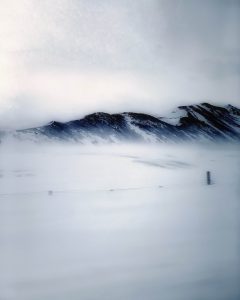 At our first planned stop, one of the couples from the tour decided the directive to be back in thirty minutes was more of a suggestion aimed at the rest of us, and we lost considerable time waiting for them to return.

After that, the tour guide lost a lot of his easy-going manner and adopted a “making up time” vibe. He drove as fast as he could from stop to stop miraculously managing to avoid newly formed snowdrifts or sliding off the road.

His skills were impressive but made for sucky photographic opportunities from our bus seats. (Yes, I know any photography done in this manner tends to be inviting disappointment, but just go with me.) I did my best to see as far ahead as I could through the window and then tried to ready my camera as the object of my attention approached, approached, approached…and thenwentbyinablur.

If I tried to steady my lens on the window, the vibration from the bus rattled and rolled through the camera, up to my arm, and then to my eye socket. I wasn’t sure if my viewfinder was blurry or my vision due to the blunt force trauma.

Still, I wanted/needed to take photos of Icelandic moments. “Iffy” pictures were 100% better than no pictures.

And that brings me to the FaceBook group, Crap Wildlife Photography. 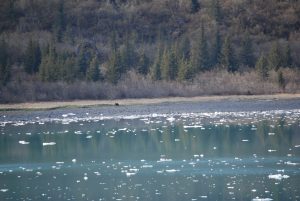 Alaskan bear on the shore. Another excellent photo.

I can’t even remember how this group came into my awareness but found myself laughing from the get-go.
Crap Wildlife Photography is all about sharing well-intentioned wildlife photos that ended up butt-ugly. Who hasn’t been there? And that’s the genius of the site. As one person so eloquently stated, “I have finally found my people.”

The reason I adore this group isn’t the lousy photography so much as the resulting humorous captions and comments.

And then it hit me.

Perhaps for the first time, sharing a genuinely awful image isn’t shameful. The truth is that I have spent countless hours trying to hone my photography skills. The goal is to create images that have life and emotion. Ugly photos that emerge from my camera are met with frustration (Really? I still can’t get the exposure right? Argh!) and quickly deleted.

But with this group, the worse the image, the better! It’s a reason to laugh at, and with, ourselves.

When I posted my Icelandic Horses At Play photograph, I expected a trickle of knowing chuckles from folks who have also slaughtered shots taken from a moving car or bus. To my shock, however, I received 1800 likes in 24-hours! And the comments, oh, they were priceless. “Are you sure they are playing?” “We used to call that the wheelbarrow…”

Typically when I post a photo I’m feeling good about, I usually get a handful of supportive friends saying it’s lovely. It feels wonderful. 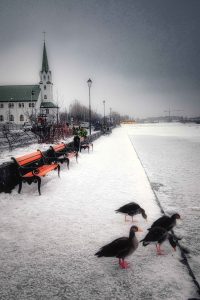 So imagine how strange it felt to get a massive response from people through an abysmal photograph! Whaaaat?

My lesson, I guess, is that art is not only subjective but that it embraces all the stumbles and foibles along the path of creation.

At least if you’re posting on Crap Wildlife Photography.