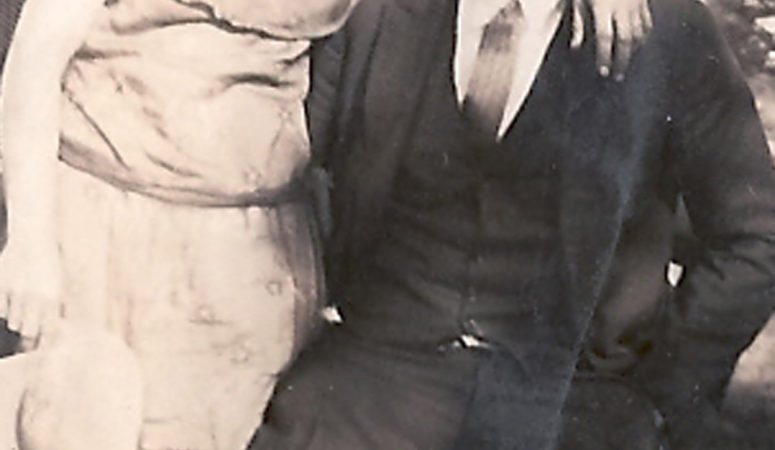 You are here: Home / Musings About Aging / On Love and Death: A Midlife Woman’s View 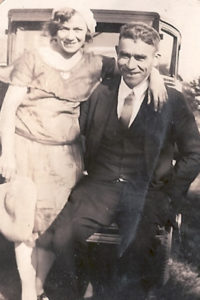 “Death leaves a heartache no one can heal, love leaves a memory no one can steal.
–From an Irish headstone”

He sat in the front row, head bent forward, listening as the chaplain ‘s eulogy both soothed and disturbed his blessed mental fog. His wife was gone. Too soon. Too young. Seated next to the man were his two sons, one still in high school, and one just barely reaching adulthood. The younger of the boys, a wrestler, allowed quiet tears to fall onto the brochure that highlighted his mother’s life. (How does one contain fifty-five years of life into a few neatly typed paragraphs?) The other son stared into space, unreadable in his grief.

My husband and I sat a few rows over, tightly holding hands, wondering how life would play out for us. There are no answers of course. Just take it day by day, attempting to live and love fully with the gifts and responsibilities we are given.

Being at a funeral, feeling the pain of loss, brings a lot of things into focus. What really matters? What are we doing to celebrate life instead of sleepwalking through precious days? Can a person attend the finality of a loved ones funeral without dying too?

Later, after arriving back home, I started going through boxes of books that needed to be put away. My mind was buzzing with thoughts and emotions and I needed busy work. A slender black binder lying at the very bottom of a box caught my attention. I didn’t recognize it, and yet I surely must have packed it for our move. Curious.

I opened the cover and saw, in my mother’s neat printing, “The Book by Peg Karsky-Simonson.”   Huh. I’d never, ever, heard my mom use the title “Karsky-Simonson,” but there it was. At some point in time she had put together photos and stories about her, her parents, grandparents, and other relatives. I plunked down and started reading. This was, after all, my story too!

I knew my grandfather had passed away a few months after I was born. I knew he was blind and bedridden at that time from a brain tumor that was, essentially, inoperable. What I didn’t know, but learned from Mom’s book, was that my grandfather had been “gassed” while serving in World War I.

Four years after my grandmother and grandfather married, he went to the VA hospital in Minneapolis to see why he was having blackout spells. He was told the gas attack had inflated a blood vessel attached to the base of his brain. An operation would likely kill him. He decided to ride out the time he had, and get on with life.

Grandma and Grandpa had four children and were married twenty-four years. There were hard, hard, times, including the Great Depression years, but a lot of love, too.

In Grandma’s words, via Mom’s writing:

“In 1944 Chuck got a job in Alaska for two years. Those were terrible, lonesome years for me. I don’t know how I lived through it. The years in Alaska got us out of debt and a little ahead. But all the time we were apart, was it worth it? I say, “No.”” 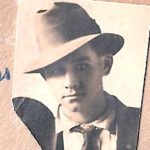 Grandpa lived despite the prognosis

Grandpa’s health continued to decline. His headaches were extreme, and his vision waned as the inflated blood vessel grew and pressed against nerves to his eyes. By 1956 he was blind. A year later he had a stroke, leaving him bedridden. Grandma took care of him until his death in July 1958.

Grandma’s words: “He was the most wonderful guy, easy going, loving. In plain English he was the best husband and father ever. My heart has been empty and dead ever since.”

Grandma ended up living another forty-four years as a widow. She would sit by a window, bible nearby, and tell me stories of how she looked forward to being with him again “one day soon.” “My Charlie and I will fly together in heaven,” she would say, and with the dreamy look in her eye I believed it. I still believe.

Finding the book so soon after attending a funeral gave me pause. Was it yet another reminder that life is unpredictable and to live and love while I can? And while that almost sounds fear-based—time is running out! Act NOW!—I feel it is something quite different. 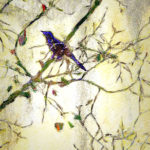 As a spiritual person I do my best to pay attention to messages. Be it the pennies Mom leaves, or the cardinal that sang on my deceased stepson’s birthday a few days ago, I trust there is more to our being than we know.

It is easy to get caught up in day-to-day routines. It’s easy to slip into habits instead of awareness.

For me, funerals are strong reminders that time is measured in unknown increments, as are books that reach out from the past. Maybe Mom knew something when she put together the book. Maybe she knew she could bridge love and death, when I needed connection once again.