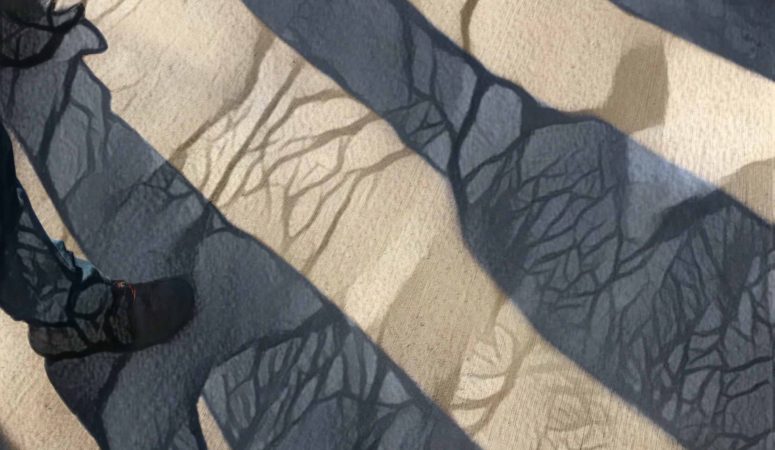 You are here: Home / Musings About Aging / His blue jeans fell from slim hips exposing a derriere raw with sores… 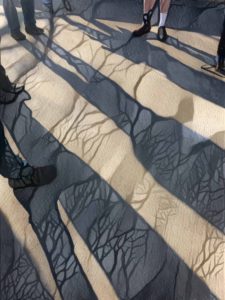 “Sometimes it’s easy to walk by because we know we can’t change someone’s whole life in a single afternoon. But what we fail to realize is that simple kindness can go a long way toward encouraging someone who is stuck in a desolate place.”
― Mike Yankoski

About to leave the Kwik Trip gas station, I caught sight of the man in my rearview mirror. He was oddly dressed—a knit cap, coat, and blue jeans—for a hot, sweat-making, August day. Nor was he a young man, although it was hard to discern an estimated age at a distance. He had a sleeping bag, backpack, and what looked like a water bottle filled with something orange. He moved slowly. Was he tired? Was he on a cross-country mission? Was he hiking for a cause, an adventure, or both?

Just as I was about to back away from the curb, the man bent over to get something out of his backpack. His blue jeans fell from slim hips exposing a derriere raw with sores.

“Oh dear,” I said to my husband. “That does not look comfortable.”

My husband turned his head to see what I was talking about and caught his breath. “Yeah. That is disturbing.”

As we drove away we watched the man gradually pull up his pants and, despite the sores, sit on a bench. 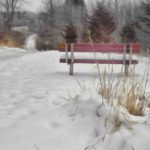 A place to rest, a place to be

“I wonder what his story is,” I said.

My husband’s response was a lost-in-thought nod.

After a day at the Northern Hollow Winery Art Festival, we drove back to the motel to relax and rest. We were bone tired.

“Would you like a bottle of water?” asked my husband. He knows I prefer bottled water to motel tap water when we travel.

“Oooo. That sounds great. Let’s stop at the Kwik Trip since it’s on our way.”

As I drove into the parking lot, we both gave a little yelp of surprise and dismay. The man we had seen that morning was still sitting on the bench, still dressed in hot clothes, and still moving slowly if moving at all.

My husband went into the gas station and after a short while came out with a couple large bottles of water. I smiled at him then glanced down at my iPhone for a second. When I looked up, my husband was gone. Must have forgotten something, I thought. I continued to check my email messages until I heard him opening the car door. When I looked up, I noted he now had only one bottle of water. Ahhhhh.

My heart melted because I knew where he had been.

My husband looked away, embarrassed. “I asked the cashier what she knew about the guy, and she said he’s homeless. Every once in a while someone gives him a gift card to help out with food and beverages, but that’s all she knew.”

“It was kind of you to give him water. It’s so freak’n hot out.”

My husband’s voice wavered. “I had too. I just…I don’t’ know, had too. We don’t know why he’s here. We don’t know if he’s got anything or anyone. I gave him a little money too, just in case he hasn’t eaten today.”

“Did he say anything?” I asked.

We both went silent, once again lost in our thoughts.

When I was a kid, my mom used to say things like, “We don’t have much, but we’re willing to share.” My guess is she would’ve walked right up to the man and asked how he was doing. She probably would have offered him smoke, and then had one herself. She would have accepted him for where he was then and there… and bought him a sandwich because a sandwich can fix pretty much anything.

I’m not fearless like Mom. I prefer to observe first and (maybe) act later. Partly because I don’t want to assume someone needs help just because he or she is viewed as different. I honestly thought the man was on a long hiking trip as opposed to being homeless. He wasn’t asking for handouts. He didn’t have a cardboard sign. He was just sitting on the bench with his backpack and bedroll, staying to himself.

And yet. There was also that niggly inner-feeling that something was amiss. Who sits on a bench for ten hours? Why was he dressed so warmly in August? And then there were those sores… 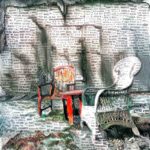 When my husband gave the man water and money for food, I felt a rush of love. It takes a big heart to reach out when it is so much easier to walk away. It takes compassion to be kind without being judgmental. It takes awareness to ask “why” when others would rather stay uninformed. My husband just happens to have a big heart, compassion, and awareness. He helps me be a better human.

Is it any wonder I love him to the moon and back?