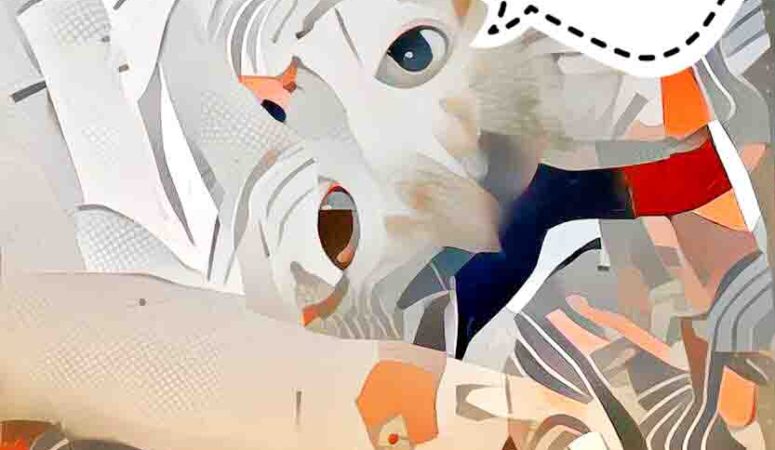 You are here: Home / Musings About Aging / Woo-woo Signs And Why I Should Always Listen To Bonnie Tyler 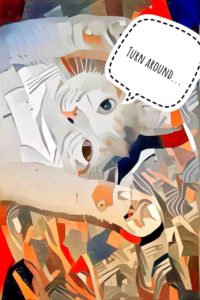 My husband rolls his eyes when I delve into talking points about intentions, higher powers, belief over fear, and so on. You know, your basic trees-have-spirits, angels exist, we-are-energy, woo-woo stuff.

The stuff he cannot accept because it isn’t based on science…yet. (How often does a “new” scientific discovery change previously held scientific truths? How about all the time? Eggs good. Eggs bad. Coffee good. Coffee bad. No, wait, coffee good again. World flat. World round. We need to teach the world to sing. (Maybe that was an ad for cola.) Yeah. All that scientific flip-flopping is what I’m talking about.)

One of the common threads I’ve noticed in setting intentions is that the Universe wants to make sure you’re sure. In other words, you will very likely get tested to see if you’re serious about your desires. May I share a story from last week? Yes? Thank you.

I’m a hardcore introvert. Meeting new people, on purpose, fills me with anxiety. Nonetheless, I’ve been challenging myself to do things that scare me because doing so is life changing and because Eleanor Roosevelt said to do it. 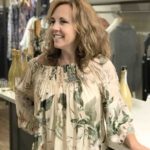 I heard about a women’s group based out of Faribault, MN, called Heidi’s Clubhouse. Heidi Nelson is a petite powerhouse, apparently knows everybody, and is the current president of the Faribault Chamber of Commerce Board of Directors. The point of the gatherings is to empower women, network, and learn. I decided to suck it up and go.

As I put the key in my car’s ignition, I said a brief prayer that I wouldn’t chicken out, and, oh-by-the-way, that I would very much like some sort of sign that I was doing the right thing.

A short while later I realize my car’s radio was turned off, so I switched it on. The first words I hear are from Bonnie Tyler’s Total Eclipse Of The Heart…”Tuuuuuurn Around…”

I know I had asked for a sign, but this could be the test, too.  Hmmm.

I said out loud*, “NO, I’m not turning around. I need to meet new people.”

And so I drove to Faribault, determination firmly in place. Using the app WAZE, I arrived at the unfamiliar downtown building, parked, and walked in. I saw a sign for Heidi’s Clubhouse, but it didn’t say which room or floor.

An open door caught my attention, so I poked my head into what turned out to be a massive space with co-op looking items. A kind young man immediately asked how he could help.

“I’m here for Heidi’s Clubhouse. Do you know where that might be held?”

“I know that this week the meeting is being held at the Mainstream Boutique in Northfield,” he said. “Heidi left a short while ago.”

I sighed. “I just came from Northfield.  I’m new to the area. Can you tell me where the Mainstream Boutique is in Northfield?”

The young man punched his phone buttons with practiced fingers. “Yes, it is on Division Street.”

I thanked him and headed for my car. In my head, I was thinking that not only would I be uncomfortable meeting new people, but now I would be wandering in late.

But I’m still going, I said to the Universe. I’m no quitter!

I pressed my key fob to unlock my car door…and nothing. The door stayed locked. I tried several more times. Locked. Panic was just starting to build when I tried the passenger side door. It opened. 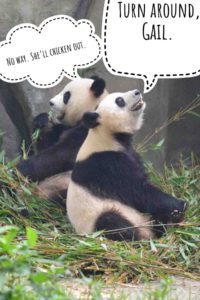 I drove back to Northfield with mounting nervousness. A spectacular sunset caught my attention, and I toyed with the idea of giving up on the clubhouse and spending some enjoyable time taking photos of the sky. But then I realized I was once again being tested. I kept driving.

When I arrived at the boutique a parking spot opened right near the front door. Oh, NOW you’re helpful, I thought. Fine. Taking a deep breath I opened the door, and myself, to discovery.

The experience was better than expected. I met Heidi and several of the local store owners. The women were helpful, funny, and welcoming. We sipped Prosecco, swapped stories, and shopped. I decided then, and there, I would attend other meetings.

Driving home I had time to reflect on the challenges of the evening. Was I to have learned to focus on what I want? To follow through no matter the hurdles? Or maybe, just maybe, I should always listen to Bonnie Tyler?

*(You should know I am prone to talking to, and singing with, the radio should you ever choose to ride with me. :))