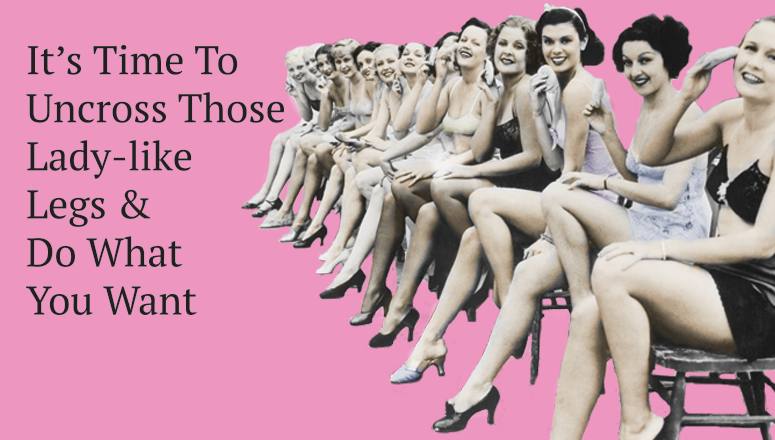 You are here: Home / Midlife Sex / Women And Sex In The Second Half Of Life

The only reason I would take up jogging is so that I could hear heavy breathing again.

When I started to put together this blog, I went online to look for a joke about midlife women and sex.Â  I have a good sense of humor and try not to get too serious about myself and aging.Â  However.

Not surprisingly most of the jokes involving midlife sex referred to older men in one of these situations:

I had a much, much, more difficult time finding positive jokes about older women having sex. Even my beloved Erma Bombeck is wistfully implying sheâ€™s not getting any. Despite the calendar saying it is 2016, and notwithstanding the fact that Baby Boomer women are full of confidence, vitality, and sexual know-how, culturally people still get squeamish thinking about older women having and wanting sexual encounters.

â€œBut sex embodies a human freedom the market denies. To desire and be desired can be many things: funny, awkward, transforming, sacred and profane. To be honest about what turns you on, for a moment or a lifetime, demands a particularly intimate bravery that is threatened with extinction by the megaphone of cultural sexism.â€

As Ms. Brooks states in her quote above, cultural sexism ignores the most fundamental aspects of human desire and aging. Weâ€™ve become a nation dependent upon technological advances to transition into each phase of life; with women often found in the crosshairs of medical meddling and testing. Rachel Mainesâ€™ research (see resources) brought attention to the male-dominated world of technology, sexual devices, and the marketing of discontent. She also offers an examination of the culturally approved limitations and medicalization of womenâ€™s sexuality.

Dr. Dorin Schumacher has been a voice for womenâ€™s issues since the 1960s.Â  She states, â€œBiomedical research is still carried out primarily by men, and the decisions about which research proposals get funded are still made mainly by men. Studying female sexuality and the changes that take place in a womanâ€™s sexual/reproductive system as she ages, and developing non-invasive clinical approaches to ameliorate the negative changes, do not attract the big research funding that helps build long lists of publications.â€ (Schumacher, 1990)Â  With all the decades of shifting cultural voices questioning healthy female sexuality, it is little wonder Baby Boomer women are entering their post-menopausal years with a mixture of confusion, shame, and defiance.

My friend Judy, in her 70â€™s, is an example of a woman who has given up on sexual relationships. She feels that she is not only too old to be sexually alluring, but fears that she would once again feel sexually and socially controlled by a man should she consent to a relationship. Judy has said that if it allows her to live independently, loneliness is her preferred companion.

My grandmother was a very tough woman. She buried three husbands and two of them were just napping.

Womenâ€™s sexuality should be an honored collection of meaningful choices and experiences throughout life, and yet the post-menopausal years arrive laden with limitations when it comes to healthy sexual outlets. As long as scientists, pharmaceutical companies, and physicians create extremely lucrative disease paradigms involving womenâ€™s sexuality, and ageist cultural attitudes support female deficienciesâ€”sexual and otherwiseâ€”the cycle, and jokes, will continue.

What do you think?Â  Share a joke or statement that made you want to shout, â€œThat is NOT who I am!â€