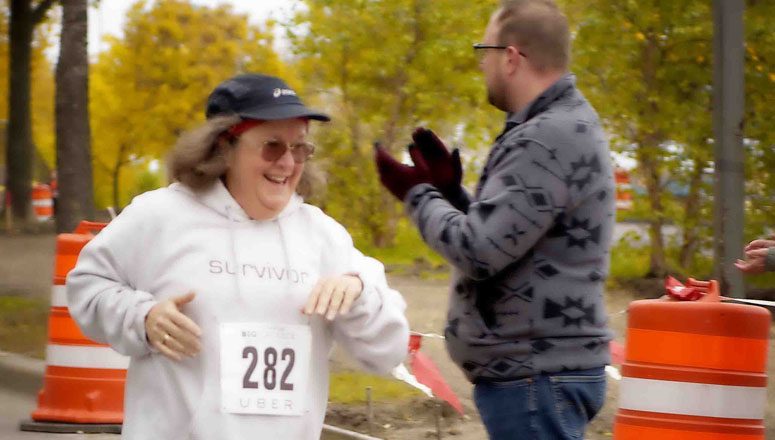 You are here: Home / Musings About Aging / Women & Sports: Excellence In The Shadows

â€œCourage, sacrifice, determination, commitment, toughness, heart, talent, guts.Â That’s what little girls are made of; the heck with sugar and spice.â€

My husband thrust the Minneapolis Star Tribune in my face and suggested I read Chip Scoggins article. I was so onto him. He knows I rarely read the sports page, but since he was in the middle of the Sudoku puzzle in the Variety section, the section I wanted, he schemed to divert my attention. â€œRead it,â€ he said. â€œI think you will say, â€˜Itâ€™s about time.’â€

Brunch isnâ€™t brunch without reading material, so I grudgingly took the sports pages. Oh my gosh. Iâ€™m so glad I did.

Allow Me to Describe the Front Page

A large color photograph of Karl-Anthony Townsâ€”the NBAâ€™s Rookie of the Yearâ€”nudged other, smaller, articles off to the obscurity of the margins. Granted, it was an excellent photo of Karl taken by Brian Peterson, followed by an in-your-face headline that read,Â A Prize, With Pride.

The story about Karl, by Jerry Zgoda, talked about an elite group of Rookie of the Year men in the NBA. I moved on rather quickly.

Off to the side, towards the bottom of the sports section, I found Mr. Scogginsâ€™ modest article.Â It was titled; ‘Womenâ€™s Teams at U Show Off Star Power‘.

Within the well-written piece Mr. Scoggins lists some pretty exceptional stats, including:

What wrenched my emotions is that these women are playing with fire and talent and heart. They are blazing quiet trails and supporting each other while the attention and applause go to menâ€™s athletics.Â Â  Women athletes rarely get large photographs on the front of the sports page, nor do they get large, bloated, fonts declaring their feats phenomenal. They are not offered obscene contracts worth millions of dollars, or cushy endorsement deals. And yet, knowing the odds of fame and fortune are limited, they put it all out there day after day because to do less is unthinkable.

I have a male friend who says, â€œNobody cares about womenâ€™s sports! The moneyâ€”which drives everythingâ€”is in menâ€™s sports.â€ After giving him a much-deserved nipple twist, I had to admit, grudgingly, heâ€™s not exactly lying. The big three moneymaking sports at the University of Minnesota belong to the menâ€¦football, basketball, and hockey. Ironically those same menâ€™s programs are ripe with disturbing problems on and off the sports arenas and have had few things to brag about in recent years.

So yeah, itâ€™s a messed up system, and I got a little emotional reading Mr. Scoggins piece. I also appreciated that he, as a sports writer, admitted he hasnâ€™t been watching the women athletes either.

â€œThis year is a huge statement,â€ said Rachel Banham. â€œPeople need to start paying attention more to some of these other sports that have incredible athletes and people that are doing some big things.â€ Â Let it be so, Rachel, let it be so.

As my husband predicted, when I finished the article I closed the paper and said, â€œIt is about time.â€

Ladies, what sport did, or do, you play? What do you love about it? Did you ever feel ignored? How so?