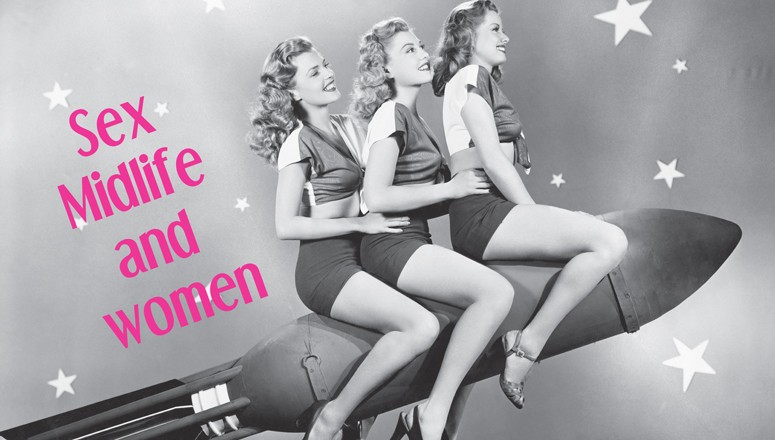 Grandma stopped mid-sip and put her coffee cup down. Her eyes followed the lines of the ceiling as if the answer hid among the shadows above. â€œWhy donâ€™t you look in the bedroom closet? The one by the mirror?â€

Ewww. The closet. Â The scary closet. Â I was young, maybe eight years old, pajama-clad, and spending the night with her as I did almost every night. Â Wanting something to do while watching primetime television (probably Bonanza or Lawrence Welk), stringing orphan buttons into an avant-garde necklace seemed like a fun idea. Â Buttons, buttons, where were the buttons?

The button boxâ€š a round pink container with a beat up brown topâ€š wasnâ€™t in its usual location next to Grandmaâ€™s treadle sewing machine. Nor was it under the bed or on the dresser. Â Hmm. Grandmaâ€™s house was old. The closetâ€™s darkness was creepy, but I was out of options.

I opened the wooden door and looked up at the top shelf. Â Yep. Really, really, dark. Â It was also too high for me to see anything without the help of a nearby chair. Â Teetering on my tiptoes, I tapped my hand as far back into the darkness as I could reach. Â The soft binding and tassels of several dog-eared photo albums and several thick envelopes containing slightly musty smelling loose pictures met my touch, but not a button box. The next shelf down, at waist level, was more manageable.

At first glance, the space appeared filled with folded stacks of homemade blankets, a cord-wrapped heating pad, and a cringe-worthy green and orange crocheted afghan. The closet was deep, however, and I reasoned the button box might have fallen behind the quilts. Â I pulled the nearest pile of blankets towards me. Â A few seconds later something hit the floor as the whole stack toppled. Â Huh.

Sandwiched between the creases of one of the blankets was an off-white plastic thing Iâ€™d never seen before. Â I picked it up and studied it closely. Â It was perhaps eight or nine inches long and looked like a funky flashlightâ€š except there didnâ€™t seem to be an obvious light. Â It tapered to a rounded point where the bulb should normally go. What the heck? Maybe it glowed or something.

The mystery item had enough heft to make me think there were batteries inside, but the design made no sense. Cocking my head to the left, I shook the â€œflashlightâ€ a bit to hear if it made any noise. It didnâ€™t. My thumb pushed the little square protruding from the bottom towards the word â€œON.â€ Immediately the flashlight jiggled and buzzed and danced in my hands.

Whoa! Cool! Â Maybe it needed to warm up before the light came on. I flicked the switch back to the â€œOFFâ€ position, and then once again to â€œON.â€ This time, the switch went a bit further, and the vibrations came faster and louder. Â It was the strangest flashlight Iâ€™d ever seen! Â I laughed in wonder and bewilderment.

Grandma appeared at the bedroom door to check on the commotion. Â One look at her horrified face told me I was in trouble. There was enough vibration emanating from the flashlight that my voice sounded funny as I spoke. â€œÃ„ÃºI I I I I I I I, u u uum, f f f ffound t t t tthis in t t t tthe b b b bblankets. W w w wwhat is i i iitttttt?â€ My lips tingled.

Grandma snatched the jittery flashlight from my hands and shut it off. Â She wasnâ€™t making eye contact. Her words came out slow and measured, but I could tell she was thinking very fast. â€œGail, I donâ€™t ever want you touching myâ€¦(pauseâ€¦pause)â€šâ€¦â€muscle relaxerâ€ again.â€ (â€œMuscle relaxerâ€ hissed from her lips like a tire going flat.) She continued to avoid my eyes.

â€œSometimes myâ€¦backâ€¦ hurts, and this helps me feel better.â€ Â The set of her mouth told me the discussion was over. Â She hastily put the blankets and muscle relaxer back in the closet and closed the door.

It would be years before that episode with Grandma and the mystery muscle relaxer would make sense to me. Grandma, Grandma, Grandma! Why were you ashamed to have sexual needs and desires? You were only sixty-five years old.