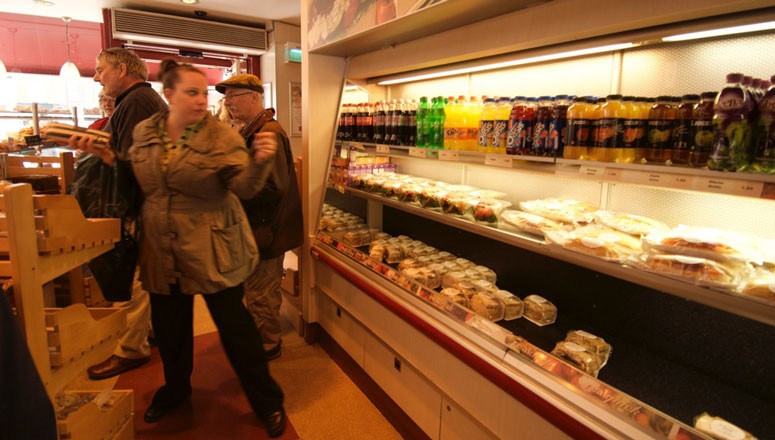 You are here: Home / The Best Part Of My Day / Whatâ€™s Worth a Thousand Words?

Big Foot trying on Nike running shoes. Aliens eating ice cream and waving from the window of a UFO. A cat obeying its human. These would be amazing photographs, right? However, those of us who love photography know the odds of actually having a camera in hand and ready to go when once-in-a- lifetime photo opportunities occur are rare. Very, very, rare.

When my husband and I were in London recently I had one of those â€œwhy didnâ€™t I bring my camera with me?â€ moments. Since we were tourists I had been bringing my camera everywhere, but on this short excursion to the grocery store I left it behind because it was raining off and on.

As we left the store I noticed an elderly man sitting on the sidewalk. While he wasnâ€™t verbally begging, he was visually doing so. He seemed a bit battered by life, tired, and yet oddly regal. He was silent, avoided eye contact, and let life drift by in the shadows of the day. In front of him was a well used hat should any kindly souls choose to drop a bit of change in his direction.

A moment later a young girl dressed in her school uniform approached him. Iâ€™m guessing she was perhaps in first grade, but it was hard to tell. She ran up to the man and handed him and apple and a cookie. He looked up, and the surprise in his eyes erased a lot of years. â€œThank you, child,â€ was all he said, as she skipped away.

Maybe she had saved a portion of her lunch to give the man. Maybe she had asked her mum if she could buy the items in the grocery store fully intending to hand them to the old gentleman. Iâ€™ll never know. What I do know is how touched I was by the scene, and how I wish I could have recorded it with a quick photograph.

The world needs more interactions like that, and more reminders that the little moments of grace and thoughtfulness can change lives. It was the best part of my day.