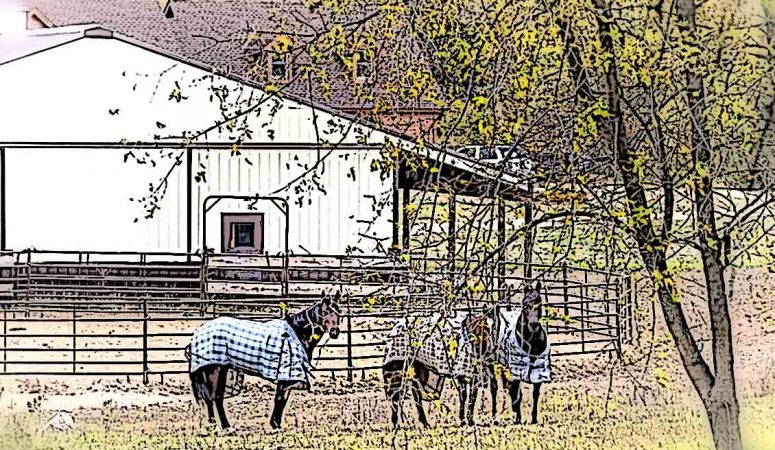 You are here: Home / Musings About Aging / Update On A Miracle: A Reminder That Life Can Change In An Instant 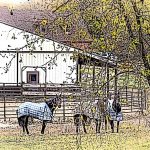 The fall before a miracle

There are two ways to live: you can live as if nothing is a miracle;

you can live as if everything is a miracle.Â Â Â Â Â

The sun was thinking about calling it a day, but our dog was not. He needed a walk and, as everyone knows, an exercised dog is a good dog. At least it is a theory. Booker tugged on the leash as he sniffed, and peed, and pounced. Â My husband and I followed along, deep in conversation, when it happened. As we rounded the bend in the road, I saw her down by the barn. Kim. Walking. Waving at us. My heart tugged at the wonderment of it all.

Just a matter of weeks ago our friend and neighbor, Kim, was thrown from the horse she was riding. It was an accident caused by a series of odd eventsâ€”new saddle/broken stirrup, experienced rider/lost balance– but suffice it to say her head collided with a metal gate as she fell to the ground. Unable to move, she knew she was hurt, but not how badly. There was no way to know how long it would be before someone came to look for her. Sometimes, when disaster strikes, miracles arrive as well.

Normally Kimâ€™s husband, Kevin, would have been in the house when the mishap occurred. Normally their neighbor, Heather, would have been home with her young son. Normally an ambulance would be nowhere near their rural home. This night, however, held no “normals.”

Heather, almost on a whim, decided to stop by and ask Kevin a question. He came outside to talk with her, and that is when they heard a loud, â€œsomething is wrongâ€ crashing sound from the arena.

â€œKim!â€ Kevin shouted. Â He and Heather ran to the stable.

They found her face down in the dirt and had the good sense not to move her. Heather called for an ambulance, and for some unknowable reason, one was two miles away. Â They arrived , stabilized Kim, and transported her to a hospital.

After looking at her x-rays, the doctors feared she would be a quadriplegic. The vertebrae in her neck were offset, with a small tear in the spinal cord.

They came to Kevin with a piece of paper. â€œWe would like your permission to move the vertebrae manually back into place. It may be her best chance for recovery. However, you need to know there is also a substantial risk. Moving the vertebra could cause immediate, permanent, paralysis.Â Â It could also cause her death.â€

Kevin had to make the hardest decision imaginable, and quickly. What if he signed, and she died? Could he live with himself? What if he didnâ€™t sign and the window for regaining mobility was lost? With a heavy heart, he picked up the paperâ€¦and signed.

Things happened quickly. The manipulation worked, and an operation followed. Within a couple of days, Kim was on her feet with the aid of a walker. A day or two after that she was walking on her own.

One night, as we walked our dog, Kevin drove up to us honking his horn. â€œSheâ€™s home! Sheâ€™s home!â€ The look on his face barely contained his love and happiness. â€œShe needs to take it slow, but I donâ€™t care. My baby is home.â€ We shook our heads in astonishment and shared his joy.

Seeing her by the barn last night reaffirmed the word miracle.Â Â  We walked over. â€œI just needed to see to believe,â€ I said.

Kim laughed. â€œTake my hands.â€ Â I did, and she tightened her grip. The right hand was strong, the left weaker. â€œMy left arm and hand are getting better every day. I even squeezed a tube of toothpaste this morning. That may not seem like much, but knowing I could have been paralyzed from the neck down, well, it is a big deal.”

A truck pulled into their driveway. â€œI need to go,â€ said Kim, “I think my friend has arrived for a visit.” Â  She slid into the seat of a golf cart and started it up.

â€œTake her slow,â€ said my husband.

We watched her drive away. Â A little curl of dust followed the miracle on wheels.