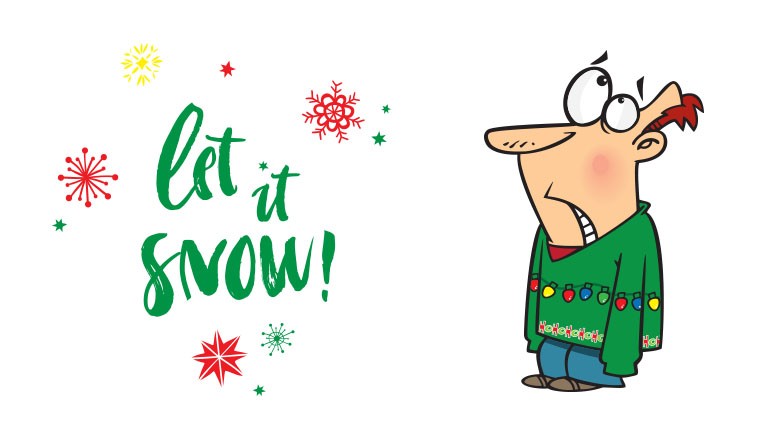 You are here: Home / Musings About Aging / That Uncomfortable Moment When Youâ€™re Not Sure If The Ugly Christmas Sweater Is A Joke Or Notâ€¦

My husband jabbed me in the ribs. â€œCheck out Andyâ€™s Christmas sweater!â€ We were sitting in church waiting for the choir to take their seats. My eyes followed my husbandâ€™s less than subtle, full arm extended, finger pointing.

Andy sat facing the congregation. There was a suspicious gleam in his eyesâ€¦the gleam of a man delighting in the embarrassment he might cause his family on this day. His sweaterâ€”a vest actuallyâ€”sported the body of a brightly dressed Christmas elf. The design allowed Andyâ€™s head to be the elfâ€™s head.

â€œI love it!â€ I said. â€œDo you want one?â€ I was only half-kidding. I couldnâ€™t stop staring or smiling. My husband would look hilarious in that bad boy vest. (I later looked it up and the vest can be purchased at K-Mart. Itâ€™s actually called, â€œMenâ€™s Ugly Christmas Sweater Vest.â€

In a sea of more traditionally dressed choir members, Andy was a flashing beacon of deliciously bad taste. Apparently he meant to make a statement; so teasing him after the church service was easy. Expected, actually. His wife, Ann, sighed a lot and muttered something that fell off the cliff of silence. But what about those times when youâ€™re not sure the Christmas sweater is meant as a joke?

Just recently I saw several older ladies shopping. They were alive with chatter and purpose. Each carried a sensible purse, wore sensible shoes, and combed her hair in a sensible style. Maybe thatâ€™s why my eyes came to a screeching halt when I saw that each woman wore a Christmas sweater that, well, probably shamed the sheep that gave up their wool for the cause. Uffda. One lady, the sassiest of the group, even sported little Christmas tree light bulbs for earrings.

They women were adorable, honest they were. But what do you say when one asks if you like her new sweater? Do you say a sweater with Santa dancing with Rudolf is a fine, fine, thing…for somebody else? No. You probably say something like, â€œItâ€™s D.A.R.L.I.N.G! Wherever did you get it?â€ White lies melt like snowflakes when you go to hell, right? 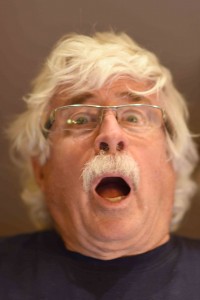 That got me thinking about the folks who design Christmas sweaters. Were they sincere, albeit, funky artists, or wicked souls testing the limits of human discrimination? At what point did Christmas sweater design become so hideous that a trend was born?

How about you? Do you own an ugly Christmas sweater? Was it received as a gift? Have you ever said something like, â€œNice sweater!â€ with a roll of your eyes, only to find out the person actually thinks it is a nice sweater? Tell me about it!