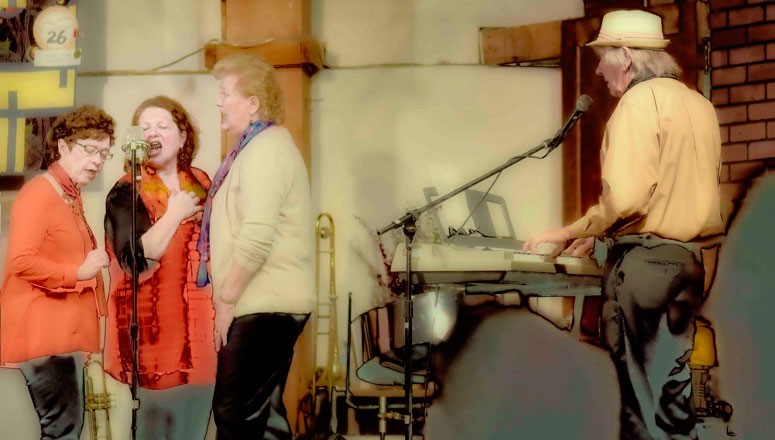 You are here: Home / Musings About Aging / When Nearly Thirty Years of Silence Becomes The Music of Midlifeâ€¦

“Sometimes being a friend means mastering the art of timing. There is a time for silence. A time to let go and allow people to hurl themselves into their own destiny. And a time to prepare to pick up the pieces when itâ€™s all over.”

Tammy. One of those high school friends who had it all. Gorgeous skin, thick wavy hair, and baby-blue eyes sparkling with mischief and wonder.Â Â  When God sent her to earth, he double-dipped her in talent and added sprinkles. Music, art, acting, and fashion panache. Tammy was, in a word, phenomenal. I could have been jealous, maybe should have been jealous, but she was just so darn sweet and friendly that it was impossible to resent the light she cast in our claustrophobic rural setting.

Tammy and I became the kind of friends who accepted each otherâ€™s starts and stops into adulthood. I was lucky enough to be her college roommate for one yearâ€”a year of tremendous personal growth on my part. We laughed a lot, teased each other, and tasted fruits frowned upon in our â€œeverybody knows everybodyâ€™s businessâ€ hometown. We learned about the joys of Diet Coke and Windsor, late night homework cramming, drinking coffee at the local Perkins until our bladders cried â€œuncle,â€ and the pain of up and down youthful relationships. We tested boundaries, made mistakes, and depended on our core values to keep us afloat.

When the time came, she was my maid of honor, and I was hers. It happened so slowly that we didnâ€™t realize the tectonic plates of our friendship were beginning to drift. Our chosen lives had us living far apart. Babies began to arrive. I missed our goofiness, our foibles, and our comforting conversations. Annual Christmas and birthday cards kept us informed and connected, but it was a thin and tenuous thread at best.

In time my marriage didnâ€™t just hit the rocks; it shattered into a thousand pieces of truth and lies. I remember one last phone conversation with Tammy at that time. She said, â€œAre you happy?â€ I said I was. What else was there to say? Â I had made my bed, and was jumping on it. Â And then came the silence.

For nearly the next three decades, I wondered about Tammy. I asked anyone who might know where she was, or how she was, for information. My dad saw her at the local Fourth of July celebration and said sheÂ looked fine. A high school classmate saw her at family gatherings and said she was fine. I learned she had three children, and that her marriage was still going strong. Â Each snippet of news wasÂ pure happiness to hear. Â However, the silence between us continued. Â I accepted that this was her choice and held the space open.

This past year I noticedÂ a comment TammyÂ posted on Facebook. Conflicting emotions did battle in my heartâ€¦should I try to reconnect after all these years? Did she want that, or would I be some Â memory best left in the past? I waited for a while, debated the idea over and over, and then one day hit the â€œrespondâ€ button. If it is possible to mumble on social media, I did just that. Tammy heard me and opened her arms.

Recently we had lunch together and did our best to patch together the intervening years. We had each experienced significant, albeit often painful, lessons. Â If life is aÂ collection of experiences we had enough for several galleries.

Being with her felt as familiar as youth, and as comfortable as midlife.Â We hugged, we cried, and we healed.

Tammy invited me to attend a fundraiser. A musical group she performs in would be the main event. â€œWeâ€™re called the Hot Flashes.â€ I laughed and marveled at how life comes full circle. It is nearly thirty years later, and she is still wowing me with her talent, her music, and her sparkle.