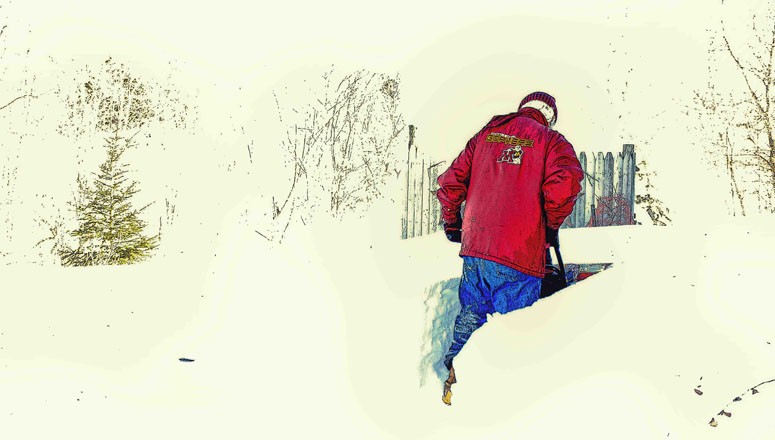 You are here: Home / The Best Part Of My Day / Sex, Drugs, and Rock Nâ€™ Roll… Have Nothing To Do With This Blog

Mother Nature had a bad case of dandruff yesterday and left us with more white flakes than promised by our local meteorologists. I admit it irks me when I tune into a weather report, base my day on the information the computer â€œmodelsâ€ give, and then ka-blewee. Either we get nary a whiff of precipitation, or we get the mother lode. I have this crazy notion that all that technology should count for something, like bolstering my trust in the system. Meh.

My husband peeked out the window around 10 P.M. last night and declared he would get up an hour early to blow out the driveway. Saaaaweet! I have done it but donâ€™t enjoy the belching smell of gas, the thick layer of snow that settles on me as the chute moves around, or the hand-numbing cold and vibration. Some snazzy snow blowers have heated handles, but ours is a manly-man no-frills model.

When I walk into the garage the theme song from The Good, The Bad, and The Ugly starts playing in my head. I face the hulking machine, stare down the various levers and knobs and thingys that exist for no other reason than to intimidate. I flex my fingers a few times before a fast turn of the switch. The snow blower curses me with a hundred different sounds of metal and indifference before becoming a steady thrum.

I do a sumo wrestler-style foot stomp dance and assume the position. Game on. The machine and I grapple our way up and down the driveway. Within minutes, one of us is down for the count. (Usually at the farthest point from the garage. The only thing worse than a cranky snow blower is a dead one. Those babies do NOT want to move when they do NOT want to move.)

For some bad luck reason, I also seem to get the dense wet snow when it is my turn to blow out the driveway. Instead of a fine 20-foot arch of powdery sugar that nearly takes out the neighborâ€™s windows, I get sloppy snow barely capable of gurgling out of the chute. Itâ€™s like Iâ€™m trying to shave a vanilla slushy. I might as well be using a broken plastic sand shovel to move the stuff.

Needless to say, when my husband offered to blow out the driveway this morning, I didnâ€™t object.

When his alarm went off, I nestled further under the covers. â€œBe careful,â€ I said with that sleepy sort of drawl a loving wife gives her husband going into battle. I almost felt guilty.

What seemed like a second later my husband was back in the bedroom, humming. â€œDennis already plowed us out.â€ Talk about anti-climatic.

Having great neighbors? The best part of my day.