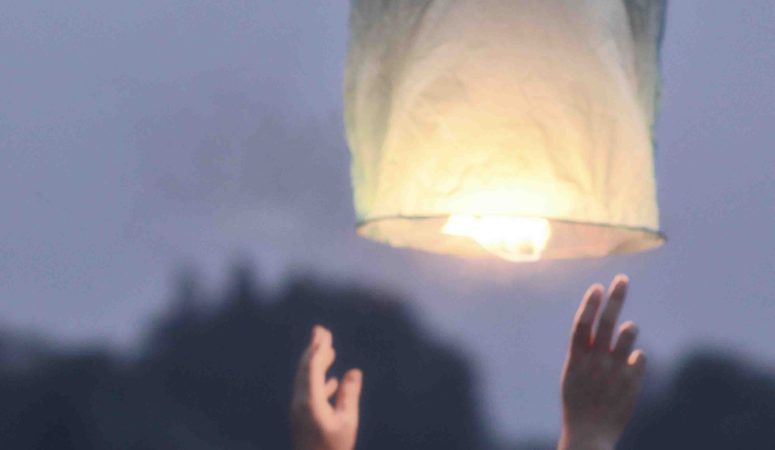 You are here: Home / Musings About Aging / !@#$% The Schedule, Let Go, And See What Happens: A Moment This Way Too Minnesotan Woman Will Never Forget 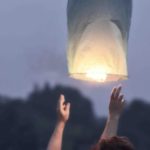 “If you are serious about changing your life, you’ll find a way.

If you’re not, you’ll find an excuse.”

My friend, Dee Kotaska, placed her finger on the book’s cover and slid You Are A Badass by Jen Sincero across the table and into my hands. “I have been energized by this book and wanted you to have a copy.”

Dee is a million types of incredible, and her generosity and loving heart never fail to touch me. If she recommends a book, I am in for a treat.

As soon as I arrived home, I plopped on the sofa and started reading. Yeah, there was stuff to do, stuff I was responsible for doing…housework, laundry, husband-herding… but I was hungry to know what had gotten Dee excited. Her photography muse had certainly unleased after getting her badass to come out to play. Laundry could wait and maybe wait a little longer.

I’m not a “fast reader.” I like to take my time, ponder, ear-mark pages, and re-read passages. I want the words to chip away at my safety goggles so that I can see other perspectives.

One of the author’s stories that caught my attention involved a trip to India. She had booked a seat on an express train that was to take her from Agra to Delhi, nonstop, in five hours. What she thought would happen during her scheduled trip was blissful, needed, sleep. What she experienced was something completely different.

You really should read her account of “wedding season” in India. It’s the chapter titled, Loosen Your Bone, Wilma. The non-stop trip became constant stops, not to mention an impressive detour led by a holy man who just happened to catch an impromptu ride. Her five-hour express took over ten hours, and no sleep occurred.

The point of Ms. Sincero’s story was that she had had a schedule and a plan. Stuff was supposed to happen in a neat and tidy order. But her agenda got demolished by a culture that is open and people-centered.

Her experience brought to mind something I encountered when I was in Tibet and China some years ago. I think of myself as a fairly open-minded individual, one willing to go with the flow.

But beneath that self-perception runs a strong current of a darker truth. The persistent need to be a good girl. To be the person who is responsible and on time. The one who has the tenacity to stick to an accountable plan even when I want to play with matches or run with scissors. And, when it does come to play, to play it safe.

Yep. I’m as dull as dry oatmeal on taco night.

But sometimes, despite myself, I do get surprised.

For instance, there was that small town in China.

I was part of a photography tour, and over the course of several weeks our group had run into seemingly endless roadblocks and detours. Dianne Agaki, our tour guide and adventurous woman extraordinaire, kept altering plans and locations just to keep going. Sometimes she would take out a map, jab a finger, and we’d head in that direction.

And so it was that we came to this small town somewhere in China as darkness descended. Dianne asked our van drivers to see if they could find hotel rooms for us, which was impressive considering we had no clue if the area had hotels. 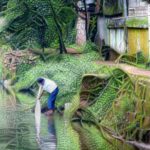 The drivers, amazingly adaptable fellows, dropped us off on the edge of town while they scouted for possibilities.

Keep in mind this outing was off the grid and I’m an on-the-grid sorta woman. I kept wondering if something terrible happened if my husband would ever know what became of me.

“Gail? She went on a trip and never came back. She left me her itinerary, but obviously, she didn’t adhere to it. I used to believe she was responsible, but maybe I never knew her at all…”

Funny how new places makes one’s imagination particularly fertile. But back to my story…

We, as a group, wandered into a crowd of people sending Chinese lanterns into the murky blue night sky. If it seemed strange that a dozen Americans had dropped into the middle of their festival they didn’t let on. They smiled, and pointed, and invited us to partake in their celebration.

A short while later the drivers came back and were happy to report we had rooms if we were willing to share. Exhausted, we would have spooned with just about anybody. Beds! We had beds! We decided to spend two nights and rest from our wanderings.

On the second night, we once again walked into town where the celebration continued. With the language barrier we had no idea what the friendly people were saying to us, but with enough gesturing and goofy-grinning, we did just fine.

On that night, in the middle of the town’s square, a great bonfire blazed. People were locked arm and arm, entranced, and doing some sort of semi-ritualistic, circle dance thing. I watched for awhile, it was fun, but decided to head back to my hotel room to get packed and ready for the next morning’s exit.

Argh! The good girl thing, alive and well, while exotic experiences glowed all around me. 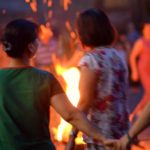 As I started to step through a crowd of town folk, an arm swung around me and pulled me into the dance. I tried to beg off by pantomiming that I didn’t know how to do their dance, but the man just laughed and implied I merely needed to follow his lead.

My shoulders slumped—my plans were at risk! Oh, no!—but then I took a deep breath and did my best version of a Minnesota Polka ala Chinese celebration. It was NOT pretty. Or coordinated.

The other dancers clapped and laughed as the flames snapped and crackled approval.

Including, for the first time in a looooooong time, me.

Eventually, spent, I jiggle-danced my way to the edge of the circle, took a bow, and disengaged from those who wanted me to stay.

As I started heading back to my room, I noticed one or two of my fellow travelers in the crowd of onlookers. They were shaking their heads with “you are so busted” grins and indicating they had my abandonment caught in digital infamy.

Apparently, my good girl, be on time, responsible ways had not gone unnoticed by the tour group. In one fell swoop—or because of those serious busta dance moves—I had shattered their illusions about who I was.

I had shattered my illusions as well.

Maybe I do have a little badass in me after all. Thank you, Dee!