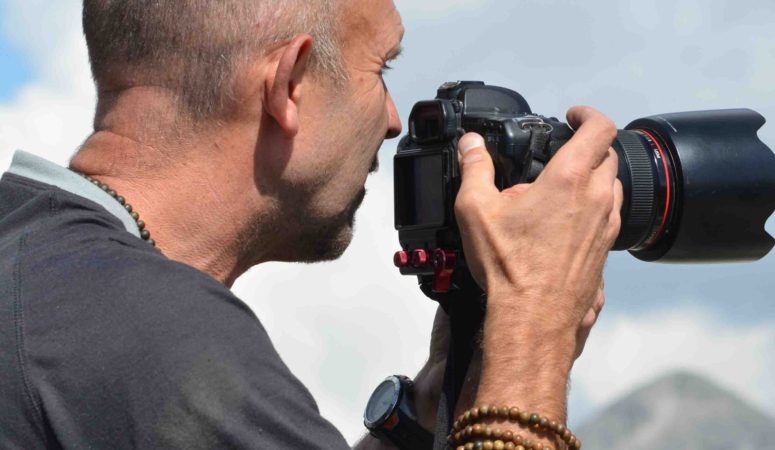 You are here: Home / Musings About Aging / Photographs and Memories: The Irony of Me, Photographer, Hating To Have My Picture Taken 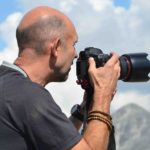 “You are not a mistake. You are not a problem to be solved. But you won’t discover this until you are willing to stop banging your head against the wall of shaming and caging and fearing yourself. ”

― Geneen Roth, Women, Food and God: An Unexpected Path to Almost Everything
2011. I was in Tibet, a million miles from life as I knew it to be. Russell Monk, an excellent photographer, and supposed teacher, waggled a magazine at me as we rode the tour van. “Gail, look at this.” He pointed to the woman on the cover. “What do you see?”
I saw a beautiful woman. Young. Flawless. Blond. Sun-kissed. I said so. “Exactly,” said Russell. “There is absolutely no character in her face, no story waiting to unfold, no reason to explore who she is. I look at her and find myself bored.”
I studied the woman’s image again. Then I looked at Russell. My mind exploded. A man, a photographer no less, who wanted to see wrinkles, freckles, and life’s detritus on a woman’s face? Kapowwwwww.
I can’t verify this, but I believe I was exposed to all my female flaws before birth. Mom, listening to television, radio, and any other form of media, probably rubbed her protruding belly and sighed. If you’re a baby girl, just know you will never be culturally “right.” (Okay, this never happened. Maybe. Mom was complex.) 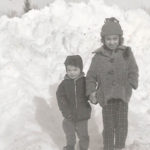 Squinting into the sun knowing I wasn’t measuring up

I do know that from the time I was a wee child that I was chided for being too much this and not enough that. I was too much of a tomboy who loved to climb trees, play in the dirt, and hang with animals. I was too little of a bajillion other things. Grandma tisked, and frowned, and told me I would be a horrible mother. (Real girls played with dolls. Me? I’d take a Tonka truck, a sandpile, and plastic horses any day.) Grandma said I should be more like other girls who kept clean and thought about their future roles as wife and mother. Me: ZZZZZZZZZ.
And therein lies the crux of my discomfort of being photographed, then and now. From early on I was not who I was told I should be. Images caught on film would tell the tale, and I squirmed with my shortcomings.
Here are a few comments that guided me as I grew up:
“Why can’t you be more like ______? She is always clean and nicely dressed. She plays with dolls.”
“Your hair looks like a horse’s tail. Can’t you do something with it?”
“You should try to look like _____. She’s slim and men like looking at her.” (This comment was outside my creepy zone at the time. But now that I think about it, why were married men telling me, a 10-year-old, to look more like a teenage girl they were lusting after? Yuck.)
“Ah, Gail and Sharon. Gail is fat and Sharon is thin. They’re like Mutt and Jeff.” (Me, a kid, going “Who?”) No matter. I knew I was being called fat, and apparently fat equaled bad.
So, yeah. I dislike having my picture taken. All those voices expounding their disappointment share the image with me. I search the photo for every. Possible. Flaw.  I need to see them before someone else points them out. Somehow I believe that will lessen the pain. But it doesn’t. And then there came that day when Russell asked me that question. “What do you see?” 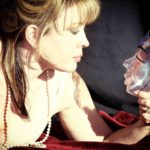 What do you see?

And then there came that day when Russell asked me that question. “What do you see?”
It boggle my entire being. A man who spends his days photographing people wanted something beyond airbrushed perfection in women? I searched his eyes for the truth and found he was telling it. Boom!
I would like to say that after that moment I started celebrating my body. As is, and as it will be. But I didn’t, and I don’t. I still cringe when someone asks to take my picture, and shudder at the thought of “selfies.” The “not-enough” judgement, however, ends with me.
I love to take photos of other women. Gorgeous at every age, women are heavenly in their variety, choices, and visage. Big, small, old, young, tattered or whole, I assure them they are a gift to my camera and I genuinely mean it.
How do you feel about having your photo taken? Please leave a comment and let’s talk about it!