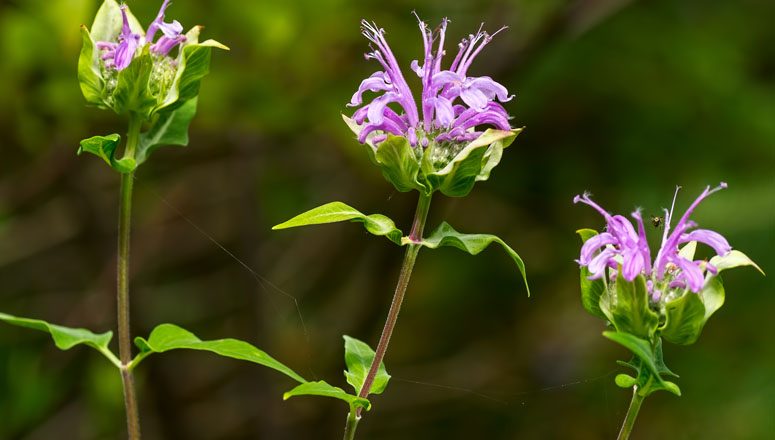 â€œWell,” said Pooh, “what I like best,” and then he had to stop and think. Because although Eating Honey was a very good thing to do, there was a moment just before you began to eat it which was better than when you were, but he didn’t know what it was called.â€

Flavored Honey And Other Sweet Gifts Of Health

Booker, our sweet but gullible Siberian husky, paused mid-stride. Something in the tall grass had captured his attention, and he wantedâ€”no, neededâ€”to know more. I braced myself for the inevitable socket-wrenching tug on the leash resulting from canine curiosity.

Fortunately, Booker tends to pounce on things that are no longer there. In other words, the mystery creature was long gone and no animals were harmed in the making of this blog. As I untangled his leash from the grass I came upon a nice surpriseâ€¦a large drift of wild bee balm plants. Score!

Bee Balm, also known as Bergamot, is an extremely useful plant. Because we donâ€™t tend to use pesticides or herbicides unless absolutely necessaryâ€”yeah, Iâ€™m talking to you poison ivy!â€”I know the plants in our meadow are natural and safe.

I scooped up a large armful of the fragrant wild bergamot flowers and carried them to the kitchen. My preference is to make flavored honey, but donâ€™t let me stop you from learning more! What follows is an article about Bee Balm from The Medicine Womanâ€™s Roots.

This versatile plant has a myriad of uses in food, medicine and beyond and its one of my favorite herbs to talk about at length. It can be prepared a variety of ways, from the dried leaf to the tincture of the flowering tops to a sweet elixir of the flowers.

Preparation and Use of Bee Balm Infused Honey

Now you have Bee Balm flower infused honey. You can either warm it gently and strain it or use it as is. The flower bits taste good and make the medicine stronger but not everyone appreciates the texture.

7 Ways in Which Bee Balm Honey is Helpful