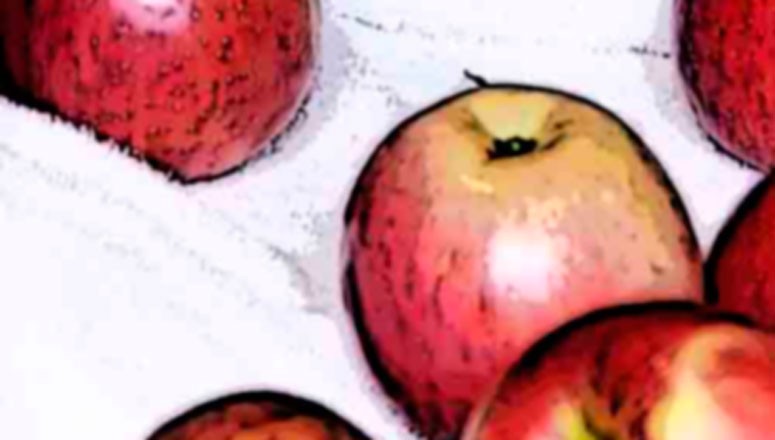 You are here: Home / The Best Part Of My Day / My Two Scents On The Comforts Of A Warm Kitchen And A Cold Day 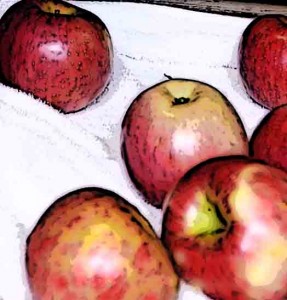 The weather forecaster lied to me. Well, she lied to a bunch of viewers, but I took it personally. There was something about the way she faced the television camera that made me suspect she had her fingers crossed behind her back when she said, â€œDonâ€™t worry! We will not have accumulating snow. The ground is still too warm.â€

Booker, our dog, didnâ€™t care that it was snowing. He started howling for his afternoon walk. My beloved husband claimed he didnâ€™t have time to take Booker out because he had to be somewhereâ€¦anywhereâ€¦really soon. He said this as he gazed out the window and watched obese snowflakes hit the glass with enough force to hear an audible â€œsplat.â€

That left me to walk the boy, so I started layering for the outing. A down vest, a coat, a light reflecting stocking cap, boots, gloves, bad attitudeâ€¦ the usuals.

A few minutes later Booker and I were out in the thick of the snowfall. He was happy. I was not.

The wind felt angryÂ as if it had also heard the weather forecast and believed it was â€œtoo warmâ€ for the snow to accumulate. Â Keeping my head down as we meandered along the snow covered road was my only defense against the sting of ice and snow. â€œItâ€™s not even Halloween yet,â€ I muttered into the darkness. Meanwhile, Booker scooped up big mouthfuls of snow and danced in the landscape that appeared diamond-strewn.

A short while later I heard a car pull up next to us. Wincing into the sleet I saw my husband sitting contentedly in the warmth of his vehicle.

â€œCan I take your picture?â€ he said. â€œYou have on quite the ensemble.â€ My gloves were too thick to give him the proper one-fingered salute, so I just waved in response. He drove off as Booker and I made our way back home one slushy footstep at a time.

As I entered the kitchen the smell of warm cinnamon and apples hit me hard. My husband has been dehydrating the last of the apples from our trees, and the scent was a slice of heavenâ€¦or slices of heaven as the case may be.

I forgave my husband for sending me out in the snow with a lame excuse, I forgave Booker for being giddy in the storm, and almost forgave the weather forecaster for lying.

Cinnamon and apples. My two scents worth, and the best part of my day. Â What fall scents are your favorites?