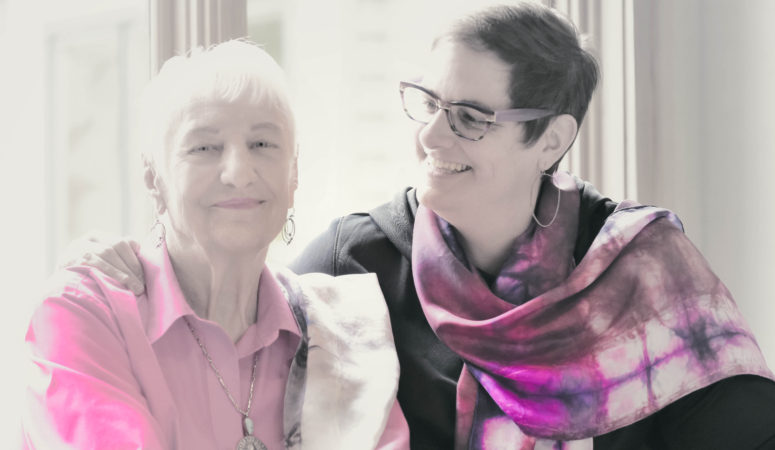 You are here: Home / Giveaways / My special Silk Scarf Ambush Models For May…Maxine and Mary Closner! 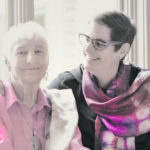 “My sister says it’s probably a form of elder abuse,

but I smoked Mom at Gin Rummy

Here we are in May, a month in which Mother’s Day is celebrated almost as much as the Minnesota fishing opener.

Well, I’m having none of that.  Fabulous mothers need their due, as do fabulous daughters.  And then it hit me.  How about mother/daughter ambush models?  As if by divine design, I recently met the two women I knew would be perfect!

I first met Mary Closner some months ago at Heidi’s Clubhouse.*  A whole string of things went wrong that night, but meeting Mary was not one of them.

I assume I had my classic, introverted/lost lamb/dumb-as-a-stump/scared sh*tless look on my face because Mary came to the rescue shortly after I walked through the door.

She introduced herself, handed me a glass of chilled Prosecco, and charmed me with her dry, take no prisoners, humor.  Mary had me snort-laughing long before she poured the second glass—or was that the third?—of Prosecco.  Who is this woman?

Perhaps I should back up a step.

Mary’s mother, Maxine Closner, opened Swag, a store of “fine & funky art,” in downtown Northfield in 2004.  It didn’t take long before Maxine needed more help and asked daughter Mary to make the move to Northfield from the Twin Cities.

While Maxine owns the physical space, Mary bought Swag in 2012 and runs the store. The two work well together, aside from an occasional short-lived tiff, and merged their differing styles, tastes, and opinions with great success.

Over the ensuing years, Mary and Maxine have lent their support to emerging artists, college students, and others in need.  Their foundational belief is centered on relationships.

Maxine, now 92, is ready for a change.  She recently put the space up for lease, and Mary is liquidating the art at Swag.

When I heard the store was closing I felt a tug of sadness, and I’ve only lived in Northfield a matter of months.  It’s a special place run by special women.  “Say it isn’t so, Mary,” I pleaded on Facebook.  And yet I know both Maxine and Mary will be fine. 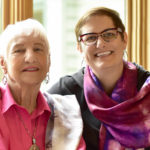 As Mary stated in a recent Northfield news article, “We’re closing on our own accord.  We’re not in some dire financial situation. My mom owns the space; I run it.  She was ready to sell it; I’m ready for a new adventure.”

Mary anticipates being open perhaps another 6 weeks.  So if you’re visiting Northfield, I highly recommend stopping at Swag while you can.  (At the moment Mary has an anatomically correct “wild boar” comprised of assorted metal pieces displayed in Swag’s front window. It’s, um, impressive, hilarious, and for sale!)

Thank you, Mary and Maxine, for being inspirational women, art supporters, my friends, and my May Silk Scarf Ambush Models.  I am humbled to know you.