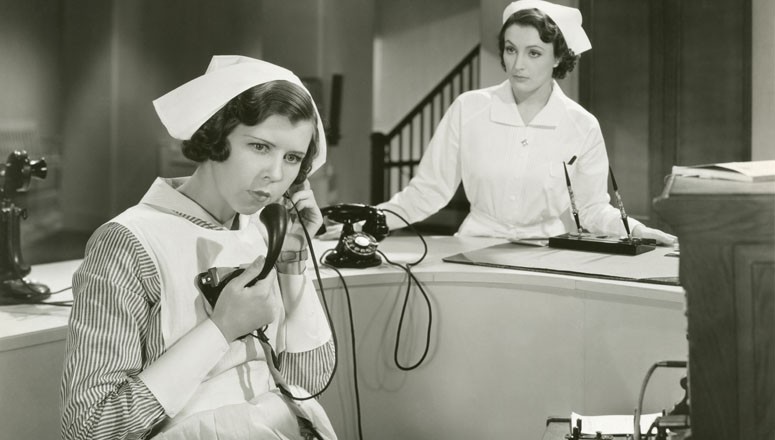 To me, old age is always fifteen years older than I am.

It is impossible for me to write on this topic without bringing my experience with Mom into play. She was a stubborn woman who lived comfortably with denial.

For instance, she insisted until the end of her life that cigarettes kept her alive, instead of creating the cancer that engulfed her. Â When she first felt the lump growing in her breast, she waited to see her doctor in Minnesota even though that meant months of unknowing. Â Upon her return cancer was diagnosed and a treatment plan rendered. Â Thus began a long and painful conduit of decline. It tested us all, and the shortcomings of receiving healthcare in a rural area were magnified. Â Mom, for her part, was no small part of the problem. Â She refused to take the recommended medication, Tamoxifen, after her mastectomy claiming she couldn’t afford it. Â My sister-in-law somehow found a way for her to receive the prescription at almost no cost, Â but she still refused to take it. Â “The doctor said he had removed all the cancer, so I don’t need it.” Â She went back to Arizona.

By the following spring, the cancer had spread to her bones and organs. Â Mom was given less than four months to live. Â Furious, she lashed out at the doctors. Â She lashed out at family members. Â She stormed and raged and scrambled for control. Â There would be no chemotherapy treatments. Â After a disastrous short stay in a nursing home, Mom demanded that her reluctant and petulant significant other take her to his aging farmhouse. Â The state of the house was deplorable under any circumstances, but to accommodate a woman who needed a wheelchair, hospital bed, and portable toiletâ€¦well, it was madness. Â Mom didn’t care. Â She was staying. Â Hospice was brought in despite doubts about the feasibility of her circumstances. 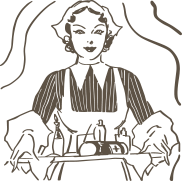 A county nurse and a homecare aid visited Mom on a schedule provided by Aitkin County. Â At times, with winter roads impassable, the nurse and aide were unable to make their visits. Â Mom was not only happy about this turn of events, she also canceled most of her medical appointments at the Moose Lake clinic thirty miles away. “Too far to drive, and I’m too tired.” Â Her attitude made providing care a nightmare. Â The oncologist was only available on a limited schedule, so appointments were understandably booked out for months. Â Mom knew this and played the hapless victim. Â It was exhausting.

Therefore, I have nothing but praise for the dignity and respect in which the social workers, nurses, and aides treated my mother. Mom was surly most of the time, but they persevered with gentleness and good humor. Â They cajoled her to take her medications. Â She said it was too confusing. They encouraged her to eat healthier meals. Â She blew cigarette smoke in their faces. Â It was a relentless dance. Â Hospice care in a rural setting is fraught with issues despite good intentions and good people. Â Momâ€™s case is not an isolated instance. Â Many elders find it difficult to get and receive medical care due to conditions beyond their control.

The rural community in which I grew up is populated with aging adults who have few options and little access to public transportation. In my grandmother’s time, a county-supported mini-van took senior citizens to medical appointments and shopping in nearby townsâ€”nearby meaning 20-40 miles awayâ€”for a low fee. Budget cuts eliminated the service before my grandmother went into the nursing home. To fill the void my dad gave rides to neighbors who were unable to drive themselves to appointments. Â He felt it was the decent and Christian thing to do. Later he became the one who needed help getting to appointments, and my brother took on the role. Â Itâ€™s hard. Â Small towns are struggling to get, and keep, medical doctors. Â Appointments are difficult to get on a timely basis. Â Prescribed medications are often too expensive, or taken in inadequate doses to make them “last longer.”

It is estimated that while older citizens comprise 13% of the population, and growing, they use upwards of 30% of healthcare dollars. (Hillier) Some critics fear there will be a backlash against the Baby Boomers as they take their place in line for collecting Social Security and Medicare. Â Others point accusing fingers at the political machines that altered the original intention of Social Security and Medicare and began to include programs that weakened the principal and diluted distribution.

President Obama signed healthcare reform into law. Â However, even with coverage now available, seniors living in rural areas are still underserved due to a lack of doctors. Â They also have to contend with driving considerable distances to reach the nearest hospital or clinic. Â Moving closer to towns or cities means losing connection to communities and friends, or may be financially unfeasible.

Another area of medical accessibility that I have not addressed, and am reluctant to do so, is the rate of suicide among seniors with serious medical issues. Unwilling to be a burden to their families, they chose to end their lives rather than impose. Fear of financial debt, asking for help and rides, and a decline in quality of life makes suicide seem the simplest solution. It is believed 70% of seniors who take their lives saw a doctor within the month, and suicide is ranked as the ninth leading cause of death for those over the age of 65. (Hillier) Although white men aged 85 and older have the highest suicide rates in the senior group, it is not reported how many women give up by not eating, over or under medicating, or the effects of depression. My husband’s mother, Helen, died from complications of alcohol abuse. He believes that after his father had died, Helen felt isolated. In her loneliness, she began secretly drinking to ease the pain. She eventually moved back to Minnesota to be closer to her son, but by then the damage was done. Â It is believed that those who have strong spiritual ties along with social opportunities and activities are least likely to commit suicide.

What are some possible suggestions to help the medical access situation for seniors? If there are people living in rural areas willing to take another person (or two) along when they go into town, medical appointments could be made and kept. Many churches have buses used to transport members to camps, retreats, and volunteer activities. Perhaps they could post a schedule and offer the use of the bus as a means of transportation with a free-will offering to those unable to drive to town. Â One advantage of hard economic times is that people begin to get creative and renew local ties!

VNAAÂ was created by Visiting Nurse Associations throughout the country to support and differentiate the VNAs from other home health companies. VNAA works to promote community-based home health through business development, national public imaging, member services, and government advocacy.

NFCA is a grassroots organization created to educate, support, empower, and speak-up for millions of Americans who care for chronically ill, agedÂ or disabled loved ones.

NHPCO is the largest non-profit membership organization representing hospice and palliative care programs and professionals in the United States. NHPCO is committed to improving end-of-life care and expanding access to hospice care.

NIA leads a broad scientific effort to understand the nature of aging and to extend the healthy, active years of life.