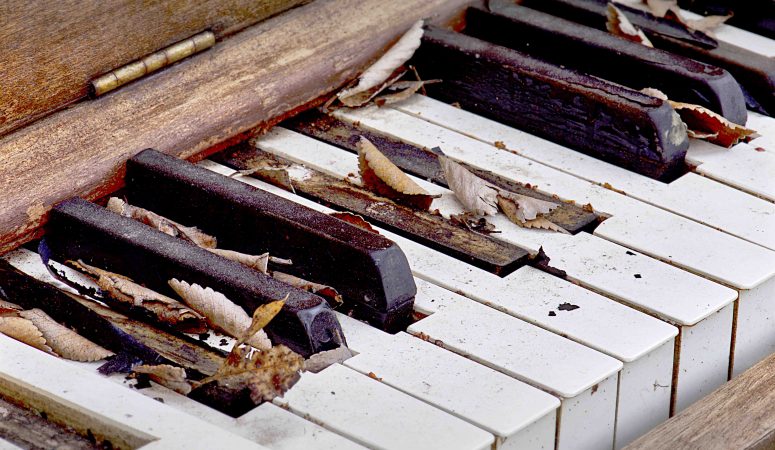 You are here: Home / Musings About Aging / Midlife Notes: Music, Lyrics, and Values

KBEK, my new favorite radio stationâ€”where else can you get an eclectic mix of music from the 1940â€™s through todayâ€™s offerings?â€”came to life on my car radio when I turned the key. My husband was futzing around instead of putting on his seatbelt, so I decided to park in the driveway until he behaved. He doesn’t always appreciate my subtlety, but safety first! As he over-exaggerated the difficulty of inserting the buckle into the buckle thing, I tapped along to the KBEK song of the moment. It wasnâ€™t a song that wasÂ familiar. However, I became intrigued when I heard the following verse:

Oh hungry ghosts in the land of milk and honey

Ooooo. What an interesting thing to say, or sing, in this case. â€œSo damn poor all they have is their money,â€ got me thinking about a woman I recently met. She and I were both attending a meeting about aging and, as participants; we were given various exercises as a means of thinking through our biases and belief systems.

With time, we got to know each other a little better, and she started sharing more personal pieces of her life with me. For example, when her CPA looked at her retirement savings he proclaimed her to be a pauper. She had been downsized out of her job five years earlier than she intended and had not found work afterward. I flinched. Scary. But you know what?

She told me that while she doesnâ€™t have much money, she has never been happier. Getting tossed from her job gave her time to care for her aging parents. She re-prioritized, and found she didnâ€™t need all that much â€œstuffâ€ to make her life meaningful. I told her she had given her parents a tremendous gift by allowing them to age in place. She shrugged. â€œIf you were my mom Iâ€™d take care of you, Gail.â€ Somehow, when I looked into her eyes, I believed her. Her values were so much purer than gold. Â Pauper? Â I don’t think so, Mr. CPA.

Here are the full lyrics to Just Visiting. Thank you, KBEK, for playing some dang exciting music!

Wookiefoot, From Ready or Not, released September 5, 2012

Well you may see a man close up his open hand

And see how greed might motivate a reckless fist

But you will never a hearse with a trailer hitch

No you will never see a hearse with a trailer hitch

Oh hungry ghosts in the land of milk and honey

Truth be told, the truth will be told

Only hear it when we’re listening

Will unfold for young and old

Cause in the end we’re all just visiting

In the end we’re only visiting

On this hedonic treadmill building appetite

With collections of those little things that shine

Oh camels will not fit through needle’s eye

Your camels will not fit through the needle’s eye

On the day they lay your body down to bury

There will be no pockets on the pants you’re wearing

So earthlings don’t keep your treasures here on earth

Because in the end we’re only visiting