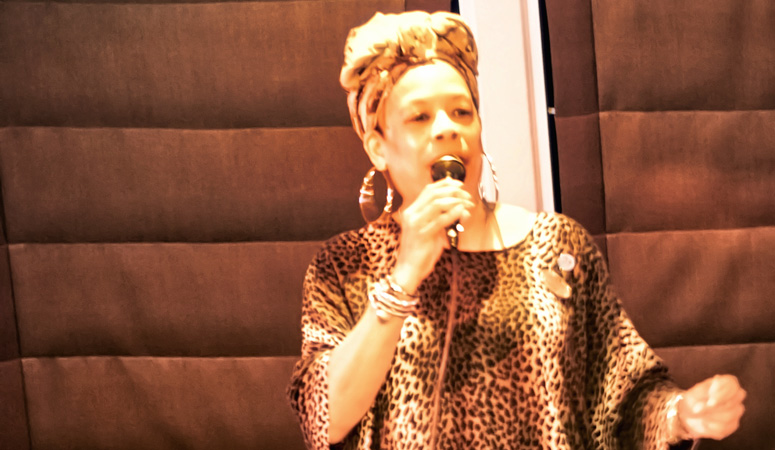 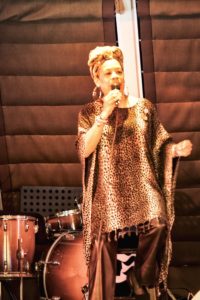 Shirley Murray of the Touch Of Class duo

“And all meet in singing, which braids together the different knowings into a wide and subtle music, the music of living. ”
― Alison Croggon

The music caught my attention far more than the delicious scents wafting from the cruise ship’s restaurant. Poking my head into the casino bar, I saw a beautiful woman singing Fever to a rapt audience. Her voice was silky with a smoke chaser and effortlessly controlled the room.

Ooooo. I want to hear more, I thought to myself. After dinner, my husband and I returned to the bar and listened to the Touch of Class duo, consisting of Shirley Murray, and her musical partner, Keith. (Youtube.com TOC SK)

A few days later, on a shore excursion to Pompeii, Shirley came along as a cruise ship representative. As the tour wandered the excavated ruins, I slowly realized my husband was missing. Having him disappear is not unusual as he tends to ramble where his curiosity takes him, but given the extensive expanse of the property, concern bloomed. I knew Shirley was bringing up the rear of our group, so I asked her if she had seen him. 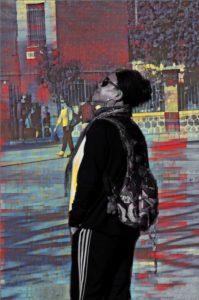 Shirley on the Pompeii tour

I told her I was going to back-track and would catch up. Long story short, I did not find my husband.

For the rest of the Pompeii tour, I was distracted. Where was he?

Shirley,  aware of my unease, did what she could to assure me he would be fine. “He’s smart. Worse case he takes a taxi back to the ship.”

“Do you think I should kill him?” I asked. 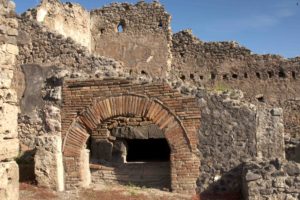 Where had he gone?

As the tour ended, I discovered my long-lost husband sitting in the bus. The story, at least the one he was sticking with, was that he had stopped to take photos at some point and had not noticed the rest of us had moved on. When he couldn’t find us, he returned to the starting point. He hadn’t brought his cell phone with him, so he couldn’t let me know where he was. Cue the wide innocent eyes. 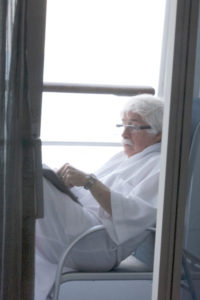 At least one of us was relaxing.

I was still considering the whole murder thing.

That night he and I once again went to hear Shirley sing.

As soon as we walked into the room, Shirley spoke into her microphone. “YOU! YOU!”(Pointing at my husband.) “Where did you go? Do you know how worried your wife was?”

My husband sheepishly grinned and shrugged. Then he whisked me on the dance floor as though nothing had happened.

As the days of the cruise passed, we had the chance to chat with Shirley on several occasions. Each time I came away more impressed with her story, her strength, and her views on life.

She grew up in Harlem, New York. Her father, a polished gentleman, taught dance. His best friend?  Duke Ellington. Shirley’s mom ran an advertising agency, a rarity for a woman, not to mention an African American woman.

An admitted “Daddy’s girl,” Shirley was tap dancing by age five and earning her own money soon after. “My father was always teaching me about life and the entertainment business. He taught me to be street smart, to stand up for myself, and to get paid for my knowledge. No matter what stage of life I was in, he was my first call when I needed advice.” 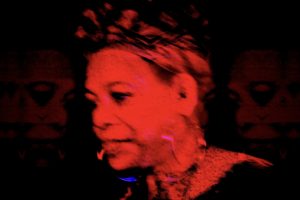 Shirley under the stage lighting

One day I asked Shirley where she got her divine singing voice. She told me she learned to sing by listening to the radio. Sarah Vaughan, in particular, inspired her. (My husband likened her voice to Ella Fitzgerald, but Shirley says she is lower pitched; more like Sarah.)

Shirley left home at 17 to begin her singing career, and now lives in Montreal when she’s not performing on the Princess Cruise ship line.

“Princess had been after me to perform for a long time, but I was happy singing in clubs. But then business got slow. Princess made an offer that was too good to pass up.”

She, and longtime friend and performer, Keith, have now been around the world five times. “I burned through my first bucket list and have started another,” Shirley says with a big smile. “God has been good to me.”

On the last day of the cruise, Shirley joined us for lunch. She told us more stories, leaving me sincerely hoping that she writes a book, or three, about her life adventures. (Albanian mobsters, baseball bats, badass women taxi drivers, and all!)

We hugged and promised to keep in touch.

Thank you, Shirley, for keeping me from killing my husband, for being a completely inspirational person, and for being my December Ambush Model.

May your voice always be true, and always be heard.