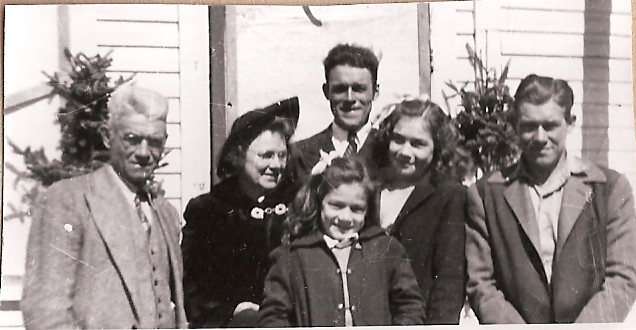 You are here: Home / Musings About Aging / Making “Tedious” Fun: How A Saddle Changed My Life 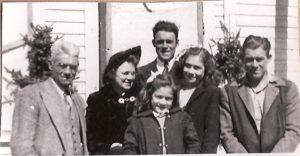 “Go and play. Run around. Build something. Break something. Climb a tree.

Get dirty. Get in some trouble. Have some fun.”
― Brom

Peggy’s mother, Elsie, had encouraged the employment “in the cities” as family funds were not so much tight as downright suffocating. Although it was hard to let Peggy go for the summer–the farm still needed all available hands– any money she earned would pay for school clothes and supplies in the fall.

Elsie, sadly, did not understand her daughter at all.

Clothes? School supplies? Pfft. If she could, Peggy would live in old jeans and cotton shirts each and every day. Her money would be going for a particular western saddle with a matching bridle and breastplate. If there was any money left maybe she would order those books on horse training. Hmmm. 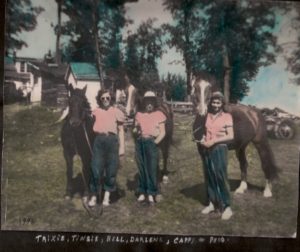 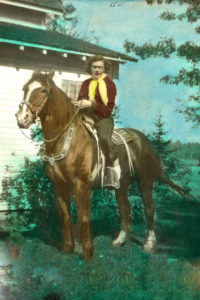 How do I know this story? Peggy is/was my mom.

Over the years I was told different versions of The Great Saddle Purchase depending on the storyteller.

Grandma Elsie was still angry about Mom’s deliberate scheming and disobedience decades later. “Peggy and her dang horse,” she would say. “Your mom didn’t care about anything or anyone else.  We needed that money!” As she was telling me this I watched her punch down the bread dough like a prizefighter. Yeah, she was a little mad.

My Great-aunt Margaret (Elsie’s sister), who Mom stayed with that summer, laughed about “Peggy’s adorable determination and focus.” Margaret had no children of her own and was particularly fond of Mom and her rascally ways. They were confidants. Somehow, when the saddle hit the fan, extra money appeared in time for Mom to get school clothes and supplies that year. Margaret was wonderful like that, and it only made Grandma even more furious.

Mom? Well, she made the story a valuable teaching lesson for me. Whenever work was overwhelming, hard, or seemingly endless, she would encourage me to make a game of it. “I used to look at those envelopes and think each one was getting me that saddle. They weren’t the enemy, they were my ticket to getting what I wanted.” 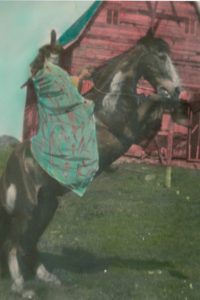 Fun is what you make it

She also suggested it was easier to break tasks into manageable chunks. “Okay,” she’d say. “We have to fill the basement with wood for the winter. Let’s each toss in 100 pieces, and then play a game of Trouble. The loser has to throw in another hundred.”

At the time I didn’t appreciate what she was doing. One hundred pieces of wood were still daunting, even with the promised game at the end. Mom was fair about it though, and we all had our turn as losers and winners.

Years later when my children were staying with her for a few days during the summer, I was amused to hear that the games continued.  “Grandma would play cribbage with us and if we lost we had to go get the mail for her. It was fun.”

I mention Mom and her games because my word for this year is “fun.” We all have necessary tasks that lack, shall we say, sparkle. Shoveling snow. Folding my husband’s underwear for the bajillionth time. Cleaning the cat’s litter pan. I want to find more fun in ALL of it.

Today, while pulling clothes out of the washer, a penny dangled on the edge of the rubber gasket. Pennies are my “sign” from Mom now that she is in heaven.

I laughed because schlepping wet clothes into the dryer was not hitting any fun points, so I tried to “Mom-ize” by tossing the socks into the dryer behind my back. My aim was off. Way off.  Splat. No matter. I had elevated “a job” to the happy level. 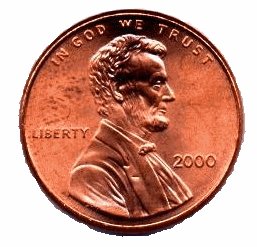 “Thanks for the reminder, Mom,” I said out loud. “Think of me as one more envelope in one more slot. And because of you,  I’m reaching for my dreams too.”