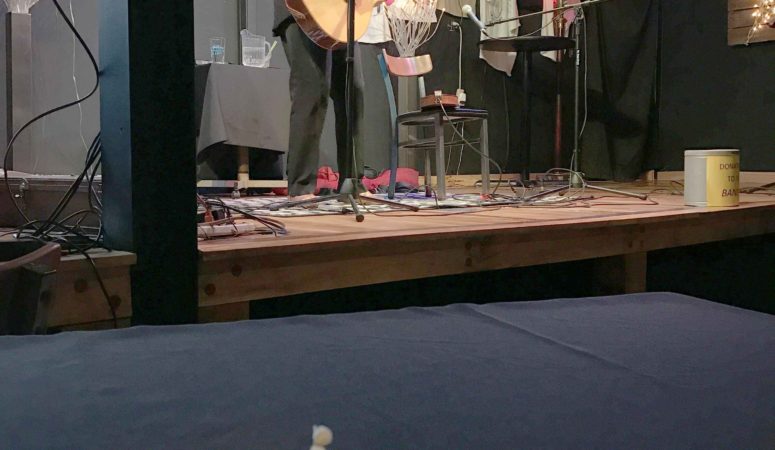 You are here: Home / Musings About Aging / Life Lesson # 84: The Day Grandma Got It Off Her Chest 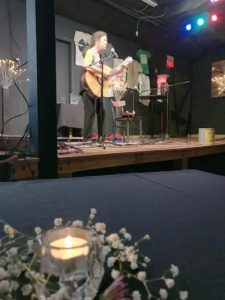 All of the girls whose names will never be known
All of the girls whose choices were not their own
All of the girls denied their share of the gold
All of the girls, like cattle, bought and sold
All of the girls who had to submit to a man
All of the girls the boys could not understand
All of the girls whose place at the table was barred
All of the girls who number more than stars
–Lyrics from the song Star Girls
Claudia Schmidt strummed her guitar and closed her eyes. The words and music from Star Girls welled up out of her and onto me.
I stared at the popcorn machine at the Weise Auditorium in Braham, MN. Don’t cry, don’t cry, don’t cry, I thought. But I did anyway. I have been a Star Girl, as was my mother, as was my mother’s mother. I have submitted when I should have fought. I cared too much what a man thought.
For example, here is a story Grandma told me when I was a young girl:
The white pine timber boom was in full force. My brothers, older and stronger, were cutting trees and clearing land. The work was hard. It started at first light and went until sundown. The problem was, as lumberjacks, the men needed someone to do the cooking and cleaning for their crew. You know, woman’s work.
Grandma’s brother, Walter (yes the same brother involved in the money burning story), asked if she would be the cook. And laundress. “I’ll make sure you are well taken care of when we get paid for the lumber,” he said.
Still in her teens, Grandma wanted the money. She thought it would be better than cleaning bedpans, as she had done the summer before. Besides, this was family. Her brothers would “take care of her.” What could go wrong?
Grandma was not a big woman. Barely reaching five feet when wearing thick soled shoes, she was a people pleaser. More so if the “people” were men.  She knew her place.
Each day she rose early to cook heaping, lopsided, platters of pancakes, eggs, and bacon. “Oh, how those men could eat!” she said. “The old wood  stove created a pleasant warmth in the chilly mornings, but it was a different, sweltering, story by noon.”
After cleaning up the breakfast mess, Grandma started on the lunch meal. Following lunch, she started on dinner. Somewhere in there, laundry needed tackling. Buckets of hot water for washing and rinsing needed heating on the stove. The washboard left her hands bruised and scraped, and she needed to stand on tip-toes to reach the clothesline. But. It would all be worth it when she had cash in those battered hands.
Summer passed. The men wrapped up their cutting in that location and sold the timber. Grandma waited for her share. Anger surfaced when she saw the guys living a little larger. They had money to spend.  Weren’t they to “take care of her,” too? But she said nothing. The guys might think she was greedy, or a complainer. 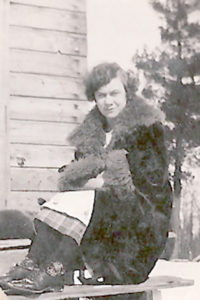 Grandma, stepping up her resentment

One day Walter arrived at the home place. “I have a little something for you,” he said. “All the crew appreciated your efforts on our behalf.” Grandma’s grin was barely containable. At last, she thought. I’m so glad I didn’t say anything.
Instead of reaching into his pocket, however, Walter asked her to follow him outside. Baffled, she did so. He stood next to something under a blanket. “Here you go,” he said. “I made it in my spare time.” He pulled off the blanket with a flourish exposing a rectangular cedar chest.
“It’s your hope chest!” he said. “You know, for putting stuff in until you get married.”
Grandma blinked back tears, which Walter took for happiness. She said all she could think about was the hours and hours and hours of work. How every drop of sweat was supposed to come back to her in the form of dollars. Crushed, numb, she mumbled, “Thank you.”
Gratitude for…what?
Grandma kept the chest, and never asked for money.  Every time she opened it to place an embroidered dish towel or pillow case, she’d toss in a little resentment too. “I was such a fool,” she said, concluding her story.
I absorbed her words and wondered if I would have spoken up. I’m not sure. I, too, have a hard time doing that.
Shortly before I was to get married for the first time, Grandma invited me to her house. “I want you to have the cedar chest,” she said. “Think of me when you are afraid to speak up for what you want.”
The chest sits in our home to this day. Sometimes, when I’m dusting, I run my hands over the rough texture of the wood.
I think of Grandma’s worth to her brothers, and to herself.
I think of how woman’s work was, and is, undervalued.
And I think of how much she loved me to have shared the chest that cost her so much.