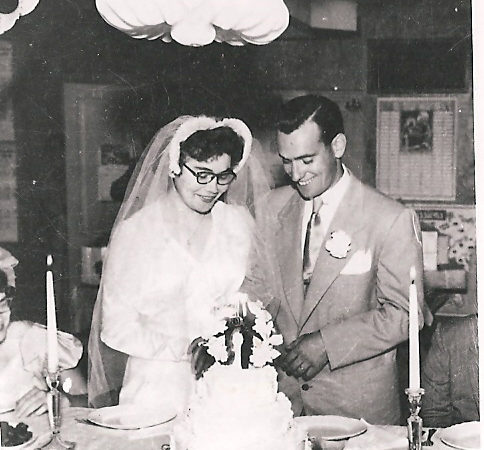 You are here: Home / Musings About Aging / Learning To Be A Woman When Women Were To Be Subservient 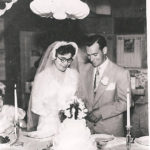 Learning to be a woman in a man’s world

“The Submission Of a Meek And Timid Woman Isn’t That Much Of a Prize. But The Submission Of a Strong Woman? Now That’s a Gift. Something To Be Treasured.”
― Terri George
My childhood, circa the 1960’s. It is Friday night, and anticipation hangs in the air like the scent of corn dogs at the county fair. My dad, after a week of working construction “elsewhere,” is due to walk through the door any moment. It will be a quick two days, and then he’ll be gone again. I’m only a child, but I know he is sacrificing for us. His job provides the money needed to keep the farm, and our family, going. The money Mom brings in, the milk money, is a wink, wink, token measure.
But now, remembering those times, I have a slightly different view. The roles Mom and Dad played, and I say that intentionally, factored into my formative beliefs and self-esteem…and not in good ways. Why? Because I saw my strong mother step aside weekend after weekend. Once Dad came home she became someone else. She accepted being subservient.
To put this into perspective, all week long Mom took care of the farm.
-She milked the cows, cared for all the animals, gardened, and put up fences.
–She picked rocks from the fields and created stacks of wood for the winter fires.
–Oh yeah. She also gave birth to, and cared for, four young children. (My sister came along after the farm was in decline.)
–She dealt with the milk truck regulations, and driver, seven days a week.
–She bought mounds of dusty sacks of feed at the feed mill and hoisted countless bales of hay.
— She “employed” her children. Those who helped with the milking earned a share of the milk check. She wanted us to understand that work equaled reward, and laziness equaled nothing.
–She scheduled who was doing what during haying season and cooked huge meals to feed the workers. (All the local farmers helped each other.)
–Each spring she planned a large garden, tended the crops, and canned the produce.
— She washed our clothes with a wringer-washer (anyone else remember those?) and line-dried baskets upon baskets of laundry.
— She was up by 4:30 in the morning and in bed by 10:30 at night. (She had to watch the weather forecast… weather was a constant curiosity and compass of what to do next.)
— During the winter she fed the hungry wood eating furnace every three hours, day and night. No eight straight hours of sleep for her.
— She did all of this, and so much, much, more, until my dad came home on the weekend.       And then–poof– she deferred to him. At least from outward appearances.
When Dad strode through the door on Friday night, Mom greeted him with a hug and a kiss. No matter the time–8, 9, 10 o’clock, we waited to eat supper until he arrived. Dad. He was like a god.
I was so happy to see him! So much so that I failed to see that he took over and negated what Mom had been doing amazingly well all week long. Dad made everything better. Or so it seemed. It wasn’t until I was older that I began to realize a few things…
Once home, Dad questioned Mom’s expenditures, her scheduling, and her activities. He was angry that he had to “bail out” her decisions with “his” money.  And yet.
I remember how crushed Mom was the time he discovered the milk money she had been saving to buy a new garden tiller. He took that money, went to a weekend auction, and purchased a bulldozer that rarely worked. I remember Mom crying, but not saying why. As time went on, I remember her spending more and more time in the basement, smoking cigarettes. Alone.
Don’t get me wrong. I adored my dad. I hung on his every word and action. It’s just that back then I failed to realize he-however innocently– negated my mom’s very being. It was the cultural norm in the 1960’s. Men were, by default, the heads of households; women were subservient.
Nor did I realize he was shaping me to be submissive too. If I were to please him? Bake and clean and bring him coffee. “Be a hostess with the mostess,” he would say.
Educationally Dad expected me to do well in school. It was the one area, in his view, that I was on par with my brothers. However, he warned me against feeling good about my accomplishments. “Women who want careers ruin their marriages.” Career?  To that end, he was blasé, at best, about me attending college. If I was to end up a housewife why waste time and money on an education?
I never questioned any of it. I loved my dad. He was a good man. Really.
I can’t help wondering, though, what might have happened if he had supported my mom in her efforts. What if he asked her how he could help her reach her goals? What if he told her she was extraordinary? What if he saw her as his equal? What if he had treated me as equal in abilities to my brothers? What if I had seen my parents loving each other through missteps and tattered dreams? Would I have been a confident person, a confident woman?
I’ll never know.
How about you? How did your mom and dad see each other? Were they equals? Did your mom defer to your father? How did that impact you self-perception? I’d love to hear about it!