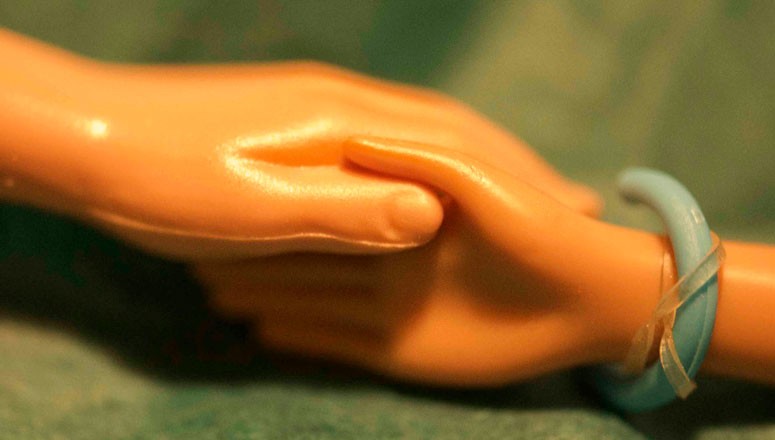 You are here: Home / Musings About Aging / Whaaaat? Or, Why Ken Is Not A Midlife A-hole 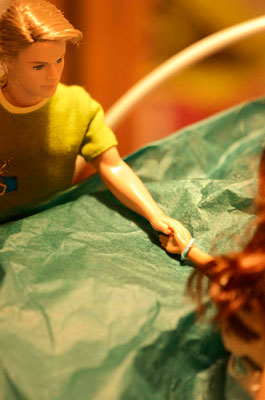 Ken and Barb E. in love

When I was a child, and everyone over the age of 18 seemed ancient, I used to wonder why married couples yelled at each other so often. Didnâ€™t they like each other? Were they perpetually angry? Was this what love mutates into over time?

Now that Iâ€™m in Midlife

I have a new take on the yelling. Iâ€™ve discovered being irate has little to do with it. Well, maybe it has a wee bit to do with it, but the main issue is losing some of our hearing as we age. â€œWhat?â€ Yeah. That. Allow me to tell you a fictional story about a fictional couple, Kenneth and Barbara Elizabethâ€¦or Ken and Barb E. for short.

It was the mid-1970â€™s when young couple, Ken and Barb E., pledged their vows of forever togetherness. Ken, a construction worker, knew his way around a cement mixer and loved to listen to rock and roll. Barb E. taught first-grade kids how to string together the alphabet in wondrous new ways. They were happy, and they were in love.

On sunlit summer evenings, they strolled around the neighborhood hand in hand sharing intimate conversations. A few houses down the block lived a woman, Edna, who was not much older than Ken and Barb E., but much less happy. Edna was not the marrying type. She preferred to live in her own world, eavesdrop whenever she could, and write gossipy observations about people in her diary.

One night as Ken and Barb E. drifted by her house; Edna sat on the porch pretending to craft a macramÃ© plant holder. In truth, she was straining to hear any fragments of Ken and Barb E.â€™s conversation. She also liked judging the young coupleâ€™s style of dress, and always found them odd and distasteful. â€œWhat has this world come to?â€ she thought.

Ken wore a vintage â€œKeep on Truckinâ€™â€ tee shirt, bell-bottom jeans, and clogs. His hair was a cute mess designed to look like the shag David Cassidy sported. Barb E.â€™s curvy body was on display in a small red halter-top, hip-hugger flared jeans, and Kork-Ease sandals that added a good four inches to her height. It was obvious she wasnâ€™t wearing a bra since her perky breasts bounced and flirted with each step. Disgusting. It irritated Edna that Ken and Barb E. laughed, whispered, and punctuated their conversation with intimate slang. â€œCool, Babe.â€ â€œFar out.â€ â€œThatâ€™s so groovy, man.â€ They were sooooooo in love, and it was killing Edna.

Time passed, and in a blink 2015 appeared on the iPhone calendar. Ken and Barb E. are now solidly planted in midlife. They still take their evening strolls, but more as a way of keeping Kenâ€™s beer gut (barely) out of the big and tall stores, and to lower Barb E.â€™s slightly elevated blood pressure. All those years of working construction have left Ken a bit deaf, but he refuses to entertain the thought of getting hearing aids.

Edna, for her part, continues to eavesdrop and pass judgment as the couple walks by her sagging porch. She has, however, long ago traded in her macramÃ© hobby and diary for online chat rooms. You can be an anonymous somebody online, and her voice is a viperous superstar. She has, after all, nearly 12 friends on Facebook.

On this night, as Ken and Barb E. amble by Ednaâ€™s house, she easily hears their conversation.
Ken (in an unwittingly loud voice): â€œWhy are you limping, Barb E.?â€

Barb E.: â€œI was weeding the garden, stepped into a gopher hole, and twisted my ankle. Iâ€™m okay.â€ She squeezes his hand, glad he noticed, and glad he still cares.

Barb E. (louder): â€œI said, I was weeding the garden, stepped into a gopher hole, and twisted my ankle. Iâ€™m okaaaaay.â€

Ken looks at her with a hurt expression. â€œYou donâ€™t have to yell, Babe. Iâ€™m not hard of hearing you know.â€

Edna gleefully updates her Facebook page, spewing poison about her loud and obnoxious neighbors who shout things like â€œYouâ€™re an A-hole, Ken!â€

She goes on to describe Ken’s tendency to wear black socks with Crocs; cargo shorts belted decidedly below his bulging waist, and that ever presentâ€”albeit larger–â€œKeep on Truckinâ€™â€ tee shirt. His David Cassidy mop of hair has receded, but thereâ€™s still enough for a little ponytail tuft in the back. “Who does he think he is? A frigg’n rock star?”

Edna writes Barb E. â€œStill likes to flaunt her body,â€ and apparently has no concept of â€œage appropriate.â€ Given the ample amount of cleavage showing under todayâ€™s tank top Edna believes a Wonder Bra must have replaced Barb E.â€™s carefree braless days. Edna also frowns upon Barb E.â€™s preference for wearing Black yoga pants. â€œThey show a decided sheen where the fabric is stressed beyond expected limits. Doesnâ€™t she know sheâ€™s not 20 anymore and looks ridiculous?â€ And whatâ€™s with those Kork-Ease sandals? They’re so old that theyâ€™ve come back in style. Pfffft.
Edna is too busy venting her thinly veiled loneliness on social media to notice Ken and Barb E. are still holding hands as they move down the sidewalk.

Barb E.: (Silently frustrated that she has already told him, twice, that she is okay.) â€œYes, it is.â€

Ken: â€œI worry about you, ya know.â€ He shoulder bumps her playfully.

Barb. E. (With a loud voice and suddenly soft heart): â€œI worry about you, too.â€

They walk, together, into the night. How they talk is different, at least regarding volume, but why they talk remains the same.
They are sooooooo in love, and it’s killing Edna.