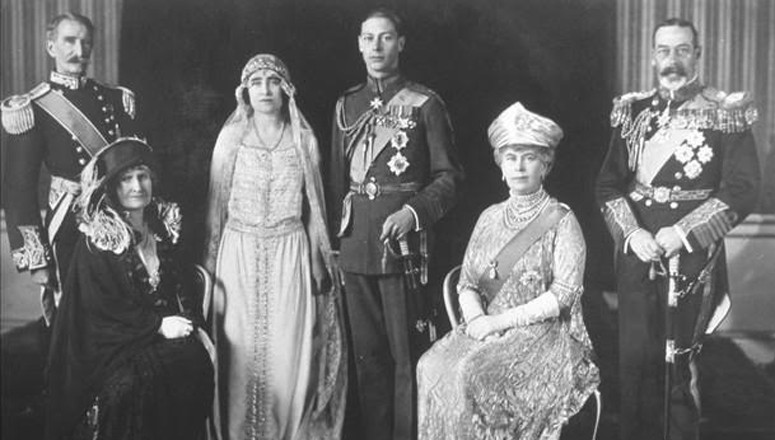 You are here: Home / Musings About Aging / Holiday Views From Midlife

Picturing a Perfect Gathering, Getting Something Imperfectly Fine Instead

I should be creating an apple pie right now, but Iâ€™m blogging. Why? Once I get into the kitchen and the flour storm arrives, itâ€™s time to take refuge. I let go of my lists and focus on the pleasure of cutting into juicy apples, sifting aromatic cinnamon, and rolling dough that is juuuuuuust the right thickness. Baking is something I do for my family and friends, yes, but also for my sanity.

This past weekend we hosted my husbandâ€™s son, daughter-in-law, and two children. They live in North Carolina, which means we only see each other once or twice a year. I wanted their time in our home to be relaxed and fun, but quickly realized itâ€™s getting harder, at midlife, to know what interests children (that includes the adult children!). I didnâ€™t want our limited amount of time to be consumed with watching movies or playing video games. Â I wanted it to be about memories. So what to do?

My husband has long fantasized about a three-generation fruitcake tradition. He and his son have been making dark boozy fruitcake for years, but now it is time to burden, er, I mean invite his grandson into the ritual. (His granddaughter has already been intiated into the tradition. Â She’s in therapy, but expected to be okay in a few years.)

My darling husbandÂ brought out THE bowl, the assorted candied fruits, and set to work with his son and grandson. I heard mention of the need to bring in the shop vac, but tried my darndest to ignore the giggles, odd sounds, and furtive looks coming out of the kitchen.

While they were getting into mischief, my husband suggested our daughter-in-law and granddaughter paint silk scarves. I set up the supplies and supervised. It was delightful to witness the creativity and to hear the supportive talk as the scarves took shape.

My husbandâ€™s wishes sorta worked out, although I suspect our grandson was more interested in painting and less interested in making sweetened bricks of holiday cheer. Â He kept meandering over to his mom, and asked to decorate his portion of his mother’s scarf.

At one point, our grandson suggested we take a group photo. There was a brief discussion about who was to sit where, how Booker might fit into the composition, and how to smile before the timer went off.Â Â  This is how I believe we thought the photo would look: 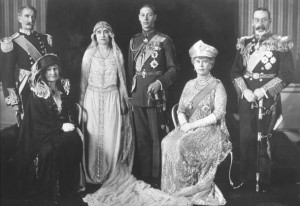 This is how it ended up looking: 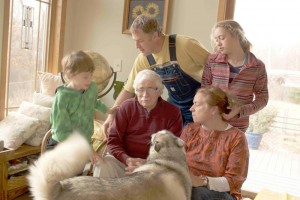 The holiday season is fraught with Rockwellian images, or at least a romanticized notion of how things should be. I think the imagesâ€”the imperfect onesâ€”are where the best memories are made. How about you? Are your family traditions more Norman RockwellÂ or Grizwald?