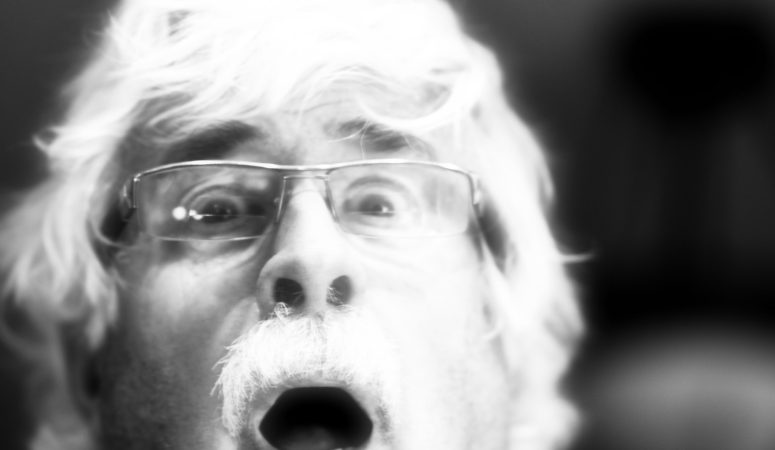 You are here: Home / Musings About Aging / Do Ghosts Prefer Fake Boobs?: A Follow-Up To My Haunted Old Hwy. 61 Blog* 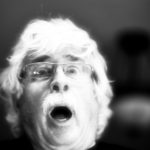 “The voice clearly said, ‘Fake boobs,’ when I asked the spirit what he prefers,” said Connie Braton, a psychic medium at Psychics in the Cities. https://www.facebook.com/phychicsinthecities.

Connie and I were having coffee and discussing the recent flurry of responses to my question about haunted locations along Old Hwy. 61, Minnesota. (By the way…a big thank you to all who left comments about places of interest and personal experiences.) Although it was our first meeting, the conversation between Connie and I was lively, fascinating, and nonstop for two hours!

As it turns out, the “I-like-fake-boobs” ghost is one of a number of spirits residing at The Fuse, in Harris, Minnesota. Connie was there to check out the reported “activity” of the building and using one of her tools… a device capable of recording spirit energy/voices.

The spirit with anatomical preferences was an older gentleman, and may have lived back in the day when the building was a brothel, or later as a strip club.  Connie’s asked him if he liked that the business had changed and that the women were no longer stripping.  She heard a loud, “NO!” Her next playful question was about the fake boobs. Obviously the spirit likes his women enhanced. Who knew?

Here are some of the other interesting bits of information I learned:

–Connie believes the active energy in The Fuse is, in part, from its time as a brothel. “It may be residual energy from abuse, or spirits that are lingering intentionally or feel abandoned. We can’t make a spirit leave, but we can encourage him or her to move on.”

–The Grant House, in Rush City, MN, has some interesting visitors as well. Connie told me that the previous owners at times walked into strong floral fragrances in the room used as their office. Historical research found that in the past that room was the place deceased persons were laid out for viewing prior to burial. Hmmm.

Connie said when she went to check out the Grant House’s spirit energy she took along her daughter, a decided skeptic to ghosts and hauntings. The owner gave them permission to freely explore the building.

As they approached the stairwell to the third floor, Connie suddenly felt ill. She stopped, but said nothing about her feelings to her daughter. Her daughter continued onward. A few moments later she came back. “I got to the third floor and it was as if I couldn’t go any further,” she said. “I started to feel kinda sick, as though there was a sticky barrier blocking me.” 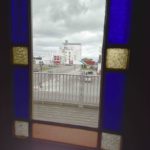 View from upstairs at the Grant House

About a year ago, while chatting to the owner at the Grant House, I was told that none of the staff, including her, like going into the basement. Also, they have seen unbelievable things such as utensils moving in the kitchen. “It’s as though the spirit wants things the way they used to be.”

Connie agreed with the assessment. “I don’t believe there are “bad” presences there, but there is activity.

–6448 Main Street, North Branch. Today a mall replaces what was once a hotel. There have been sightings of a spirit who looks like an old man roaming the space. It is unknown who he might be, or if he is somehow tied to the hotel of old.

–The Cornerstone Pub, Wyoming, MN. I stopped in last week to talk with the outgoing manager, Nikki Frahm. Nikki told me the spirit who haunts The Cornerstone is named Freddie.

“Back in the 1940’s this location was a hotel. A railroad depot was across the street, so people traveling would stop for food and lodging. A man named Freddie died while staying here. The rumor is he was murdered, but I don’t know that for sure. What I do know is that a man—a ghost—wearing a trench coat is hanging around.”

Nikki has seen him on numerous occasions. One day a sinkhole developed in the parking lot after heavy rains. Nikki took a photo of the damage with her cell phone so she could let the asphalt-repair people know what they were dealing with.
“When I got inside and looked at the picture I could see a man wearing a trench coat reflected in the water in the sinkhole.” On other occasions, while working late, Nikki has seen Freddie on the surveillance camera system.  “But when I stick my head out the office door to look, there’s nobody there.”

–When Connie goes into haunted buildings seeking spirits, electrical devices drain quickly. She said it is not uncommon for her and her teammate’s cell phones to go completely dead, as well as their other recording instruments. “The energy fries our equipment. I mean FRIES them. We carry bags of extra batteries!” she said with a chuckle.

–“We are trained to be skeptics,” said Connie. “We try, first and foremost, to find logical, scientific, answers to whatever is going on. It’s when we exhaust rational possibilities that we begin to explore if it may be spirit energy.”

–Connie believes there is a spirit hanging around her home as well. There have been several unexplained occurrences, but she isn’t inclined to investigate. “The number one rule in psychic explorations is Never Investigate Your Own House. While I believe most spirits are good, or perhaps simply in another dimension and unaware, I do want to sleep at night.”

Yes. I know Halloween 2017 has come and gone. But here’s the thing…just because our interest in spooks and ghouls wanes after October 31, it seems the spirit world remains interested in us 24/7—fake boobs and all.