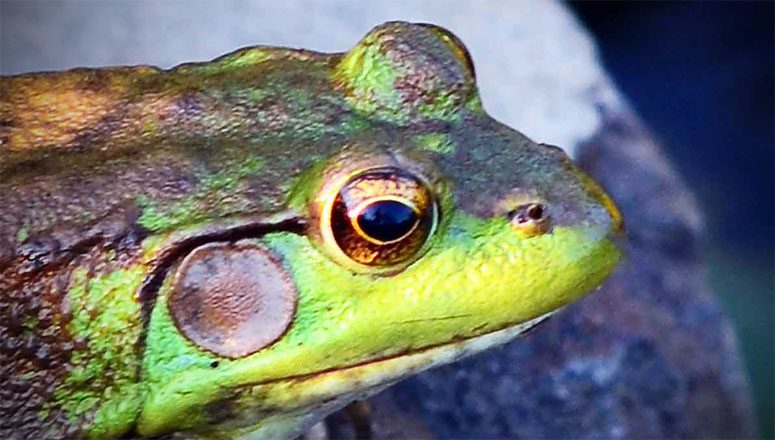 You are here: Home / Recipes / A Frog Winked At Me Tonightâ€¦Good Luck or Bad?

Seriously. Is a frog winking at me a good omen?

Itâ€™s been a bit of rough week. And while I wonâ€™t go into my personal strife, Iâ€™m always looking for signs from the Universe to guide me. Yeah, Iâ€™m woo woo and proud of it.

Thereâ€™s an astrologist I follow named Elsa. Today she saidâ€”â€œ The Moon in Capricorn conjuncts Pluto today. Luckily she’s supported by Jupiter in Virgo and Mercury in Taurus.Â  Yep, that’s our grand trine in earth. Meanwhile, the Sun, Venus, Mars, Jupiter, Saturn, and Neptune make up a mutable grand cross.â€

So, zoom, that went right over my head. I donâ€™t know a grand cross from a minor one. But, at the end of her report, she said something that caught my attention.

â€œSomething important to us is out of bounds on what we can control. We just have to have faith that it’ll end well, eventually.â€

Now that was exactly what I needed to hear. Lately, it seems a lot of things are out of my control (I just received a jury summons for the months of July and August, for example), and Iâ€™ve been reaching deep into my faith and general positivity to navigate. Iâ€™ve also been looking for those signs from above that I mentioned earlier. Any trail of breadcrumbs to confirm Iâ€™m still on the right path helps tremendously.

Tonight, my husband was invited to the end of the year church choir party. He took me along. I think it was because he likes my company, but more likely it was because the bass section was to bring an appetizer. My husband thought I might be better suited to that duty, so I made bacon wrapped peppers, tucked them in an insulated bag, and we took off.

After we arrived I grabbed a glass of wine and wandered out to the hostâ€™s backyard. It was gorgeousâ€”groomed, mowed, and planted with flowersâ€”and I plopped down near a small pond and waterfall. As I sat lost in thought, my eyes wandered over the stones surrounding the pond. The sound of running water is always soothing to me and I allowed myself to relax. After a moment, I noticed just the slightest movement to my left. There sat a frog, wet from his dip in the pond, staring at me. I stared back. And then it happened. He winked.

I sized him up for a moment and then decided to wink back. He didnâ€™t turn into a prince or even move for that matter. He just continued to stare. We sat in companionable silence for quite some time. The buzz of the party was all around, but we were at peace. Given my crazy weekÂ thus far, it was a simple and generous gift.

Winking frogs? The best part of my day!

How about you? Do you look for signs to help you along day to day? Please share!

Hereâ€™s the recipe for the appetizer I brought along to the party. The “poppers” went very quickly and received rave reviews.

12 hickory-smoked bacon slices, cut in half