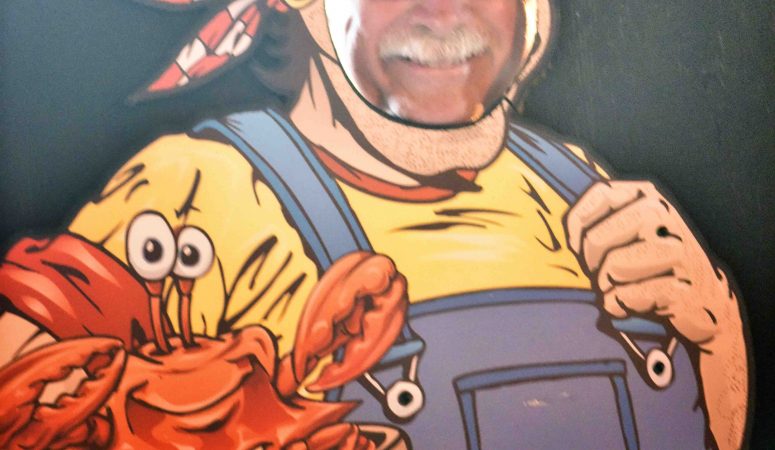 You are here: Home / Musings About Aging / â€œEat & Get The Hell Out.â€ Another Foray Into Bad Customer Service 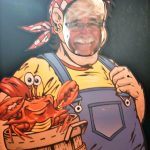 “Customers may forget what you said but

they’ll never forget how you made them feel. “

Â â€œEat and get the hell out,â€ is a playful slogan used by Bobâ€™s Grill in Kill Devil Hills, Outer Banks, North Carolina (http://www.bobsgrillobx.com). The first time we drove by the sign I burst out laughing. I also noticed signs declaring â€œDirty Dickâ€™s Crabs,â€ and â€œAwful Arthurâ€™s Oysters.â€ Obviously the area has a sense of humor.Â Â  If I were hit by hurricanes as often as the Outer Banks, I would choose to laugh over crying too. But there is fun and funny, and then there is customer service. Let me tell you about a so-sad-it-was-funny example of bad customer serviceâ€¦

My husband and I were being tourists on the north end of the Outer Banks. We gazed at a lighthouse, at Hurricane Matthewâ€™s destruction, and at a whole lot of stores closed for â€œthe season.â€ Since this was our first visit to the Outer Banks, we didnâ€™t realize the main tourist season pretty much ends with Labor Day. We didnâ€™t know, for that matter, that there was a main season. We have this innocence thing going for us.

Somewhere in the stacks of â€œthings to do if you show up during tourist seasonâ€ literature in our motel room, I noticed a story about wild horses in the area. What? I love horses! And horses that survived getting shoved off Spanish ships back in the 1500â€™s totally had my attention. Many, many, generations later these Mustangs are fighting to live among million dollar homes and disappearing land. I giddily signed up for a two-hour wild horse tour and had just enough time to grab lunch before heading off.

My husband and I were told there were several eating places at a nearby strip mall, so off we went. The first place wasnâ€™t open. We drove around and around but couldnâ€™t find the second place. The third place was equally difficult to locate until, at last, we saw the neon glow of a sign saying, Deli. Cue the angel music and golden beam of light. Food!

The first clue that things were, um, sloooooow was the fact that the glass case that usually holds assorted salads, meats, and yummy stuff stood mostly empty. There was one chunk of processed ham and a similar sized hunk of cheese, but Iâ€™m not sure that comprises a deli. The staff consisted of one man with a well-worn apron and threadbare patience.

I scanned the menu board, grinned at the crossed off items, and selected the turkey wrap. My husband ordered a cheeseburger.

Him: That it? Anything to drink?

In the corner stood a refrigerated case with overpriced water, lemonade, and pop. I waggled a bottle of water at him. He gave us the total. My husband paid, and we plopped down on a couple of plastic chairs to wait.

At some point, I realized the turkey wrap and cheeseburger came with nothing elseâ€¦no picklesâ€¦no chipsâ€¦no condiments. I spotted one small bag of chips on a rack and brought it up to the man.

As we waited for our food, another customer came in and ordered a Philly cheese steak. â€œCan I get some chips with that?â€ he said. Â The deli-man pointed at the now empty rack and shook his head â€œno.â€

A few moments later the deli-man grunted at us and slid the wrap and burger on the counter. My turkey wrap looked so naked! There was no joy, or color, or flavor. I spotted several bottles of condimentsâ€”ketchup, mustardâ€”sitting on the deli case, so I spurted some sauce on the side of my wrap. The deli-man looked at me like I was stealing, so I backed away slowly. â€œDoes it come with a pickle?â€ I said.

By then the other customerâ€™s sandwich was ready, and the deli-man gave him the grunt. The customer looked at his sandwich and said, â€œCould you shake some black pepper on this?â€

Okay, so it is the off-season. But shouldnâ€™t that entice businesses to try even harder to get, and keep, customers? And while it wasnâ€™t the deli-manâ€™s slogan, you can bet we ate and got the hell out as fast as we couldâ€¦ never to return.