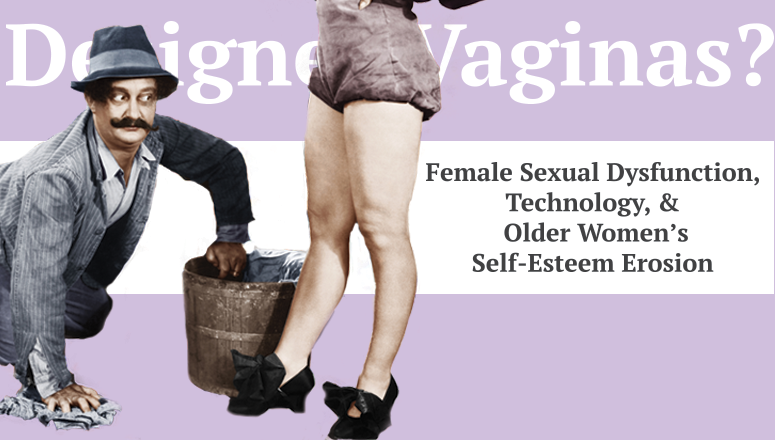 “Some guys assume that they made this one girl orgasm by doing this one thing and now they do it to every woman they get with. If it doesn’t work on you, then something about you must be broken.”

In the United States, cultural standards of how a woman should lookÂ should respond sexually, and should behave negate the realities of normal healthy aging. Technological advances promise the restoration of youthful appearances, performance, and feelings. Â Like hysteria diagnoses of the past, older womenâ€™s sexuality is once again being medicalized.

With an estimated thirty-nine million Baby Boomer women in menopause and beyond, pharmaceutical companies are racing to develop pills and devices aimed at physical and sexual insecurities. In the late 1990â€™s Viagra received approval by the FDA to counter-act menâ€™s erectile dysfunction. I could not find accurate numbers on Pfizerâ€™s yearly Viagra profits; however, in 2006, General Motors alone spent approximately seventeen million dollars covering their co-pay portion of Viagra prescriptions for GM workers. (Benton) If Pharmaceutical companies could make that much profit off older menâ€™s sexual infirmities, why not take the same approach for older women? 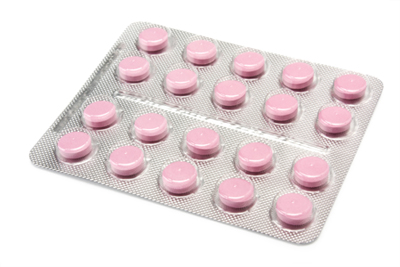 Female Sexual Dysfunction and the FDA

Because pharmaceutical companies cannot get approval for their drugs unless there is a recognized disease, they began a campaign to get the FDA to declare Female Sexual Dysfunction, or FSD, a medical disease. It worked. Once the FDA recognized FSD, media outlets flooded markets with statistics claiming 43% of women have some form of sexual dysfunction.Â  Like hysteria, the symptoms of FSD are widely varied and general.Â  No matter, the pharmaceutical race for a â€œpink Viagraâ€ took off.Â  Interestingly, it wasnâ€™t until much later that it was disclosed that Pfizer and other drug companies had financed the highly slanted study that â€œprovedâ€ FSD was present in 43% of women.Â  Pfizer additionally paid media-celebrity Drs. Jennifer and Laura Berman $75,000 a day to promote Viagra as a viable FSD treatment, although, as of this writing, no pharmaceutical drug has been found to be effective on FSD.Â  (Source: Canner, Julie Parker Benello, Ettinger, Helfand, & Weiss, 2009)

With drugs lacking in positive marketable test results, the FDA did approve a device for FSD in 2000. Called the â€œEros Clitoral Therapy Device,â€ or, Eros-CDT, it was developed by Minnesota-based company UroMetrics Inc. For unknown reasons, the FDA rushed approval with only a twenty-five-woman study sample. The device is a small, soft, plastic cup that, with a battery-operated pump, increases blood flow to the vaginal area. No side effects have been reported, but it does require a doctorâ€™s prescription. The Eros-CDT retails for $249.

Other sexual devices have not fared as well in early testing phases. For instance, in the 2009 film, Orgasm, Inc., an older woman named Charletta hoped medical technology would allow her to have orgasms during vaginal intercourse. In typical patriarchal indoctrination, Charletta described herself as â€œnot normalâ€ and â€œdiseasedâ€ because she could only reach orgasm via clitoral stimulation. She consented to be part of a study in which a remotely controlled electrode called the â€œOrgasmatronâ€ was inserted into her spine. Her spine! It failed to influence her ability to orgasm but did make her leg shake uncontrollably. Charletta was lucky; the risk of permanent physical harm was staggering yet she experienced no post-treatment symptoms or complications after the device was removed.

Menopausal and older women are also being pressured to consider more youthful â€œdesigner vaginas.â€ According to Dr. Hutcherson, â€œWomen are being sold the idea that they need to change the size of their openings and surgically sculpt or plump their vulvas. The solution to this complete non-problem? Surgical trimming of the inner lips, and injections of collagen or the face-plumper Restylane in the outer ones. Then, of course, there are the G-shot and the O-shot, two injections that fatten up areas inside your vagina, supposedly increasing sensation during sex. (Neither is worth a darn.)â€ (Hutcherson, 2012, p. 183)

Between the searches for a â€œPink Viagraâ€ and the push for designer vaginas, preying on older womenâ€™s insecurities has become a medical and technological boom. Tell me what you think! Iâ€™d love to hear your thoughts on this topic.