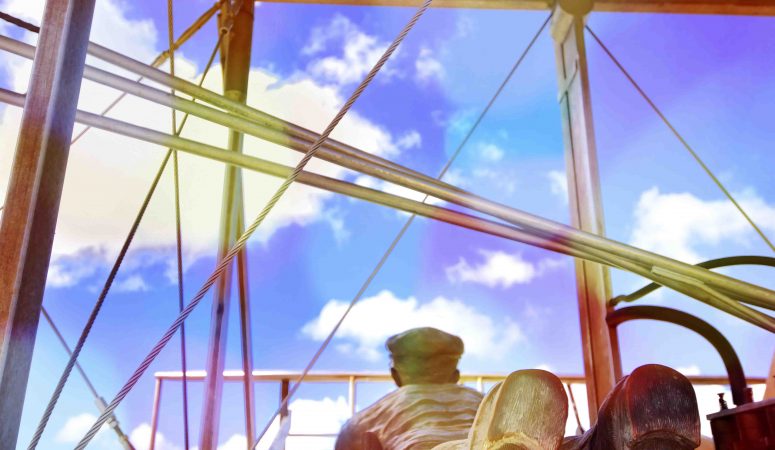 You are here: Home / The Best Part Of My Day / The Death Of Impossibility: Why A Moment At Kitty Hawk Made Me Cry 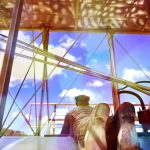 You haven’t seen a tree until you’ve seen its shadow from the sky.

Four large rocks. I looked at the gray lumps from the comfort of the Wright Brothers National Memorial visitor center in Kitty Hawk, North Carolina, andâ€¦ felt nothing. (https://www.nps.gov/wrbr/planyourvisit/placestogo.htm)

My husbandâ€”a guy who absorbs history like I absorb chardonnay in awkward social situationsâ€”pointed out that those â€œrocksâ€ represented the distance of Orville and Wilburâ€™s first four successful flights. Interesting, I thought, but, meh. Little did I know that in a matter of minutes I would be wiping away tears because of those lumps. And, I might add, those tears were entirely the Park Rangerâ€™s fault.

Dressed in park ranger khaki and thick-soled sensible shoes, Park Ranger gathered together anyone interested in a guided tour. My husband and I fell into the mob of visitors and shuffled onto the grounds in orderly, polite, fashion. It was an unusually warm October day, and my head was thinking about beach time instead of learning opportunities.

The Park Rangerâ€”Iâ€™ll call him PRâ€”was charming, funny, and inspirational. In short order, he totally destroyed my beach-yearning high. PR talked about the significance of Orville and Wilburâ€™s work. He talked about their unyielding focus on flight from the time they were boys. How a turkey vulture was key to understanding the construction of airplane wings, turning, and balance. He explained the hardships two educationally-limited guys faced as they forged ahead with their ambition to fly. PR laughed as he said Orville and Wilburâ€™s sister was pivotal in getting â€œover themselvesâ€ when they wanted to quit. PR was interesting, had me listening, and then he sucker punched me.

â€œI watch people when they come out to these rocks,â€ he said. â€œAnd many just walk on by. That is okay. But when I stand by this stone, the one that marks the landing spot of the first manned air flight; I see the death of impossibility.â€

Oh. He was gooooooood. I started to swallow hard because I felt tears coming. Who hasnâ€™t faced dream-challenges that seem too big, too far-fetched? I have. I am!

The â€œdeath of impossibilityâ€ was a beautiful phrase. My husband nudged me in a weird, psychic, understanding sort of way, so I refused to look at him. I did NOT want to cry.

PR continued, darn him. â€œRecently we noticed a woman on her knees by this first rock marker, so we (park rangers) rushed out with an emergency kit thinking she had hurt herself. When we arrived, we asked what was wrong because the woman wept as she held her hands to the stone. The woman said she was not injured. She told them her son had a life-long goal of visiting Kitty Hawk. He was a pilot in the Air Force and wanted to stand in the spot where flight birthed. However, a month to the day earlier, he died, in action, overseas. She was there to pay his respects through her.” PR went on to say the pilotâ€™s mother kissed the stone as the park rangers stood in awkward silence.â€

That did it. I snuffled into my scraps of Kleenex. Why do I never have a whole, usable, Kleenex when I need one? My husband nuzzled in and held me as I felt the enormity of Kitty Hawk. â€œI feel like Iâ€™m in church,â€ he whispered. More snuffles from me.

As the visitor-group moved on to see the large Wright brother monument perched on a nearby sandy hill, my husband and I snuck back to the first rock. He asked a stranger to take our picture by the rock that represented “the death of impossibility.” Afterward, as he thanked them for the picture, I slipped behind the rockâ€”the lump that had meant nothing moments earlierâ€”and kissed it. I held my hand to its warmth and willed its energy to combine with mine. Silly? Maybe. But I didnâ€™t, and I donâ€™t, care.

The world forever changed because of what Orville and Wilbur accomplished at Kitty Hawk. Â Ginormous history happened in that spot. Â Neil Armstrong carried a piece of the Wright Flyer with him to the moon*. And I, at the moment, was there too.

â€œWhere are you?â€ said my husband. I emerged from behind the rock, but could only smile, silently, through my tears.

Missing time on the beach? The best part of my day.