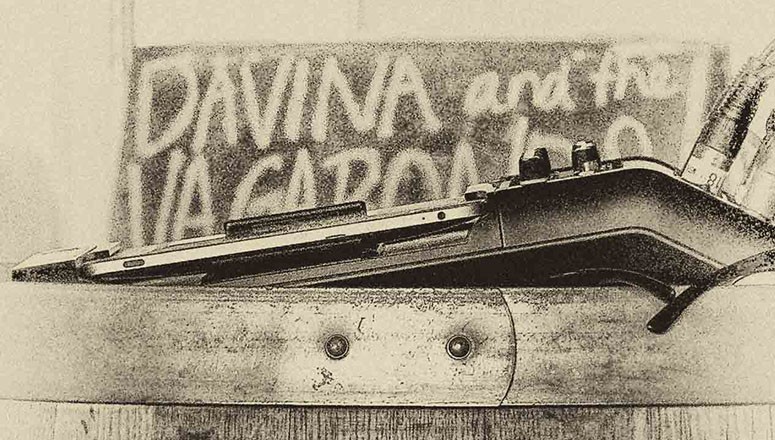 You are here: Home / The Best Part Of My Day / Davina and the Vagabonds: A Living Lesson In Being Divine And Refreshingly Vulnerable

Saturday night, Dec. 12th. The auditorium lights are down and the concert underway. My husband and I, arriving late, crab-walk into the dark seeking our seats. Fortunately, the row is empty, so I don’t have to drag my ample butt past disgruntled and timelier guests. Unfortunately, the row is empty, which means a lot of people are missing out on a fabulous holiday jazz performance.

Davina and the VagabondsÂ have been favorites of ours since we first heard them at the Dakota Jazz Club in downtown Minneapolis some years ago. On that night Davina, aka Davina Sowers, sang a song so soul shredding and blue that tears flowed down her face. I found myself wiping away a few too, and was immediately hooked on her ability to ripple my emotional pool.

In the ensuing years, we’ve followed Davina and her Vagabonds to an assortment of venuesâ€¦everything from performing art centers to the Minnesota State Fair. They have had successful tours in Europe, but alas, we haven’t seen those.

Two years ago we caught them at Falconer Vineyards in Red Wing, Minnesota. It was a steamy summer evening as well as my steamy husband’s birthday. We arrived early enough to nab a table close to the stage. When Davina entered to check the equipment, I pantomimed that I’d like to take photos. She graciously nodded and smiled. She has a style and presence that â€˜s retro, sexy, and 100% female. My camera was in heaven.

Back to Dec. 12thâ€¦ Davina and the Vagabonds draw the audience into their onstage energy and camaraderie. “Is it too early for Shake That Thing?” Davina gives the audience a worried, “dare me” look. The audience cheers. “Are you sure?” Louder applause. What ensues explodes in your chest. Even devout Lutherans were shaking their pious things (discreetly) in their seats. They would spend Sunday dealing with their guilt, but for now, the place was rocking.

After the concert had ended we stood in line to buy a CD. I was also hoping Davina would autograph an 8 x 10 photograph I had taken at the Red Wing show. As we approached the table, I shyly slid the photo towards her. “I took this shot of you at Falconer Winery two years agoâ€¦” 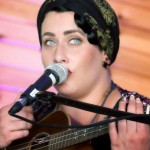 Davina’s face lit up. “I remember! You were sitting right in front of us! Do you want me to sign it?” As she glided the black marker across the print, she glanced up with a sincerity that took me aback. “Were my Christmas songs good enough tonight?”

Um, yeah. They were sublime.

But here’s the thing. With all of her talent and success, she still cares about what she gives her audience and not the other way around. In a world of bloated egos, I find this quite divine.

Time with a humble Davina? The best part of my day!