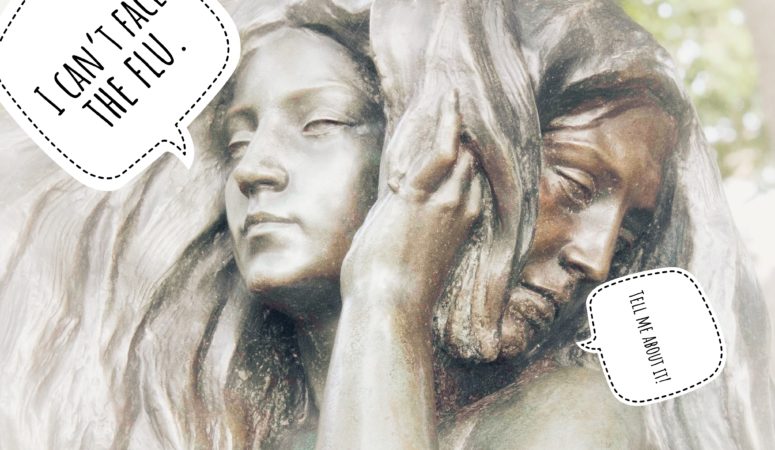 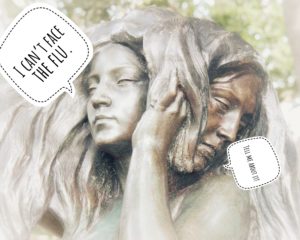 The other day I noticed my sister had Facebook posted a photo of a bottle of brandy, lemons, and honey. She said it was her way of coping when not feeling well. (The fact that the honey and lemons did not look used is hardly a judgment, dear sister! Just kidding.)

Truth be told, the hot water/brandy/honey/lemon elixir is also my favorite way to combat a sore throat or that feeling of “I’m coming down with something. Blahhhhh.” Cue the couch, a blanket, a cat or two, and binge-worthy television.

And that got me thinking…in this season of flu possibilities, what are some natural methods of prevention and/or tending to the symptoms?

As if by magic, a few hours later I received an email from Dr. David Williams talking about that very subject. I have been a looooong time subscriber of Dr. Williams newsletter and find him to be quite compatible with my way of life and belief system.

Rather than paraphrase everything I am just going to paste and copy the email. I am not an affiliate, I don’t get anything from doing this. My goal is to simply share ideas and information, and then you get to decide.

I hope that among the offerings you will find something worth trying for yourself as we slog through the holidays and flu season. Stay well, my friends! 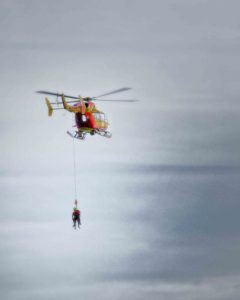 Learn about the top natural remedies to fight seasonal viruses

The common cold and influenza (flu) are caused by viruses, not bacteria. Therefore, antibiotics are ineffective. And the antiviral drugs aren’t any better.

Most of the current development has focused on creating drugs that render the viruses incapable of penetrating healthy cells. But because viruses can mutate into hundreds—perhaps thousands—of forms, creating such drugs is largely ineffective.

In fact, the current drug of choice being prescribed to flu patients is the antiviral drug oseltamivir (Tamiflu). But Tamiflu has become virtually worthless in fighting seasonal flu. According to CDC data, among 1,148 seasonal flu samples tested, 1,143, or 99.6 percent, were resistant to Tamiflu.

So, if you come down with the common cold or flu, do you have real treatment options?

Fortunately, the answer is “yes.” These all-natural treatment options are some of the best for treating the common cold, flu (including H1N1), and other seasonal illnesses.

*Note from Gail: I used the Sambucol lozenges daily while on our recent trip to Italy. (I got mine from Amazon.) They taste good and I liked the notion that I was fighting off cooties while mingling with people/doorknobs/bathrooms/elevator buttons/blah, blah, blah, from around the world. I did NOT get sick on this trip. Coincidence? I don’t know. But something worked.

Sambucol comes from the Latin name for elderberry, which is Sambucus nigra. It is an elderberry extract from Israel and is used as a common cold and flu remedy.

Sambucol has been shown effective at inactivating viruses, which is no small feat. According to studies, sambucol is a powerful antioxidant that stimulates the immune system by increasing production of disease-fighting lymphocytes. It comes in liquid syrup or lozenge form. The recommended dosages of Sambucol are:

Take the recommended dosage at the first sign of the flu and the virus should disappear within 24 to 48 hours. Since Sambucol is slightly acidic, it should be taken following meals to avoid stomach upset. If you can’t find Sambucol in health food stores, it can be ordered from Sullivan Creek Distributing.

The eucalyptus tree is an evergreen tree native to Australia. The oil from the leaves has been used in cough drops, cold medicines, mouthwashes, toothpaste, detergents, and liniments for arthritic pain.

Eucalyptus oil can be toxic if taken internally. But because of the potent bactericides it contains, breathing the fumes can knock out infections in the nasal passages, sinuses, bronchial tubes, and lungs, with incredible speed. This is especially important in the fight against H1N1 because this flu infects both the upper respiratory tract and the lungs, making pneumonia a grave concern for the small subset of patients who have serious complications from this virus.

To use, put 8–10 drops of eucalyptus oil on a handkerchief and keep it close enough to your nose so that you can inhale the fumes. Or, 10–15 drops can be added to a vaporizer or to some boiling water on the stove to help ease congestion. Eucalyptus oil can be purchased in health food stores or herb shops.

Active hexose correlated compound, or AHCC, is a mushroom extract and immune system stimulator. AHCC supports the immune system by aiding your body’s own natural killer (NK) cells, which provide the first line of defense for dealing with any form of invasion to the body.

AHCC increases the amount of “ammunition” NK cells have to attack pathogen-infected cells. In addition, oral ingestion of AHCC increases levels of interferon, a potent compound produced by the body that has been shown to not only increase NK activity by 300 percent or more but also increase the activity of other key immune cells like T-cells and B-cells, as well as inhibit the replication of viruses.

AHCC is non-toxic and poses no danger or ill effect from long-term use.

For maximum effectiveness during the acute phase of the flu, take 3 grams per day. Once the NK cell activity increases and you begin to feel better, you can drop back to a dose of 1 gram per day. I suggest dividing the daily dosage, whether you’re taking 3 grams or 1 gram, and take half of it at breakfast and the other half at dinner time. The AHCC used in much of the research already conducted is sold as ImmPower.

Castor oil is a triglyceride of fatty acids. Almost 90 percent of its fatty acid content consists of ricinoleic acid, which has been shown to be effective in preventing the growth of numerous species of viruses, bacteria, yeasts, and molds.

The most effective use of castor oil is through topical packs.

Usually applied to the abdomen, castor oil packs improve the function of the thymus gland and other parts of the immune system. It does this by increasing the production of lymphocytes, the disease-fighting cells in your immune system. With more lymphocytes in your blood, your body is better able to remove toxins from your cells. In turn, your body then becomes less acidic, your organ function improves, and you have increased energy.

Your local health food store should have cold-pressed castor oil.

Zinc gluconate lozenges have been shown to shorten the duration of common cold and flu symptoms by an average of three days compared to a placebo.

If you’re coming down with something, start taking one 23 mg zinc gluconate lozenge every two waking hours. The only side effect associated with zinc is its bad taste, which can be addressed using citrus-flavored lozenges such as Cold-EEZE. Even so, this routine shouldn’t be continued longer than a week because excessive zinc can eventually create a copper deficiency and weaken the immune system.

Though researchers have yet to identify precisely how this homeopathic remedy works, its results are amazing when taken at the first sign of flu. Oscillococcinum is especially good for children.

Packaged in individual doses of little pellets that dissolve under the tongue, it’s easy to take, has a pleasant taste, and is gentle, safe, and nontoxic.

Echinacea angustifolia is an herb that has been shown to significantly increase certain immune responses and inhibit viral activity such as the flu. Research indicates that echinacea binds to receptors on the surface of white blood cells, literally turning these immune cells “on.”

I recommend using the liquid plant extract. For adults, put 5–10 drops in ¼ cup of water and take 5 times daily.

Adequate amounts of vitamin D are essential for your innate immune system to function optimally. Typically, vitamin D levels begin to drop during the winter months as our exposure to the sun also decreases. I feel one of the best things you can do to strengthen your immune system this time of year is for you and everyone in your family to supplement with vitamin D. Adults should be taking roughly 4,000–5,000 IU a day, and children 1,000 IU per every 25 pounds of body weight.

Vitamin D is what my dad would call “cheap insurance.” Ideally, our bodies would be producing adequate amounts of the vitamin through exposure to sunlight. When sunlight hits our skin, cholesterol is converted into vitamin D. Unfortunately, that’s not happening as much as it should anymore.

Loading up on vitamin C beyond your daily maintenance dose provides extra immune support during a bout of the flu. In addition to its own antiviral activity, vitamin C also:

–Has its own antiviral activity at the first sign of illness, take 500–1,000 mg of vitamin C every waking hour. To avoid possible gastrointestinal upset, build up gradually by taking 500 mg every two hours on the first day and moving up to the higher dose on the second day. Take no more than 10,000 mg per day, and ease back to your usual dose as symptoms improve.

At the first sign of illness, take 500–1,000 mg of vitamin C every waking hour. To avoid possible gastrointestinal upset, build up gradually by taking 500 mg every two hours on the first day and moving up to the higher dose on the second day. Take no more than 10,000 mg per day, and ease back to your usual dose as symptoms improve.