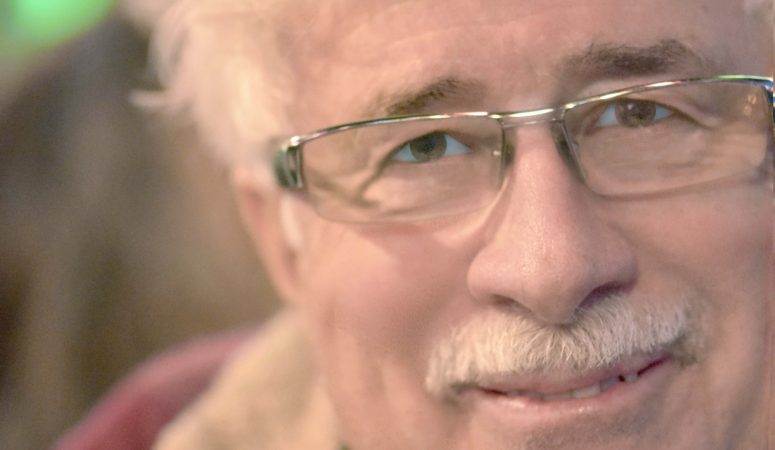 You are here: Home / Musings About Aging / Could There Be A “Bedder” Husband?

“What darkness swirls inside your head?

You are the Pinot Noir beside my bed.”
― Silvia Ardor 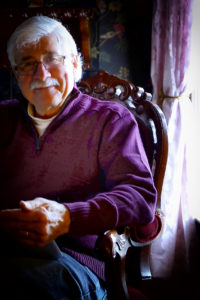 I love my husband. We’ve known each other for around thirty years with the last eighteen of those attached to titles of Mr. and Mrs. With that much time together you’d think we’d be so familiar, so predictable, that our kisses would merge into yawns.

He still surprises me daily, mostly in good ways. 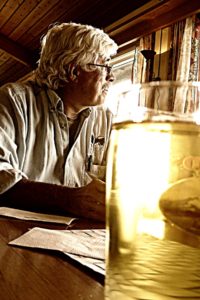 Sometimes it’s the things he says. The other night I made a pot roast, and he said, “MMM. It’s as tender as a maiden’s breath.”
“What?” I said.
“It’s an expression my dad used to say,” he said.
“Are you sure it was a maiden’s breath and not a maiden’s breast, because depending on the time of month they can get pretty tender, and that I can understand.”
He looks as if there is no hope for me, ever.
I give him my best smile and expect him to smile back.

He breaks into a loud and raspy song instead. Something about loving me a bushel and a peck and a kiss around the neck. ??? Not one of Aerosmith’s ditties. 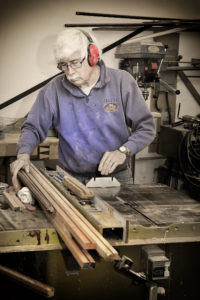 And then there was today when he was trying to entice me into taking a nap with him. “Just slip out of those dungarees and jump into bed,” he said with an eyebrow waggle. A more well-behaved wife would have said, “Darling! Your stud-ly ways and silver tongue leave me weak in the knees! Of course, I will take a nap with you. Let the dungaree flinging begin!”

I made some gargling with vinegar sound and choked out, “Dungarees? Who says dungarees?” We both ended up laughing, and the nap never happened. Which brings me to the subject of sleeping together. And no, I’m not talking about the triple-x stuff. Seriously, where is your mind wandering? Stay with me. 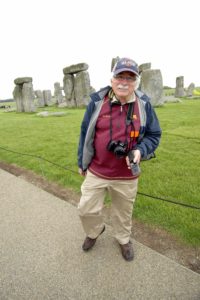 I’m talking about the ever-changing patterns two people create as marital days turn to years. My lover and I started out on a full-sized bed and enjoyed the intimacy the space invited, if not mandated.

Eventually, when the mattress needed replacing, we had a lengthy discussion about what we wanted for our nocturnal tango. He voted to stay with a full-size mattress because it was “easier to find me at all hours of the night.”

And while I liked his thinking and closeness, my ever-increasing hot flashes had me wanting the option of a little space. We decided on a queen-sized Tempur-Pedic which, upon arrival, felt like an acre of mattress. I thought he’d stay on his side and maybe make snow angels on the sheets.

Here’s how it typically goes down…I’ll be on my side of the bed, quite near the edge so I can thrust a foot from beneath the covers when I get too hot…which is about 80 bajillion times a night these days.

My sweetie arrives on his side of the bed and eyes the terrain. I suppose he is using his advanced math skills to calculate the distance he’ll need to travel to reach me, but I’m not sure. He could be deciding if he wants to save the piece of gum he’s been chewing for tomorrow.

He used to sit on the bed, followed by pulling his feet up and underneath the blankets, but apparently that behavior is for less advanced bedmates. Now he, what best can be described as, dive bombs into the bed. 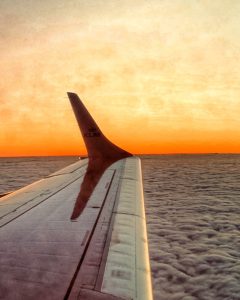 He’s like a 747 coming in for a landing and doesn’t stop until his head bumps into my shoulder. Then there’s a massive kerfluffle as sheets and pillows get tugged, jerked, and adjusted. Cats fly off the bed like furry popcorn, and any clothing left on the bedspread floats to the floor like soot from an active volcano. It’s a little crazy and you’d think I’d be annoyed.

As he finally gets settled—a leg thrown over mine, an arm crashing on my pillow and pulling my hair—he turns his head and gives me the sweetest butterfly kiss. His breath warms my face, and our hearts find synchronized bliss for yet another precious night. 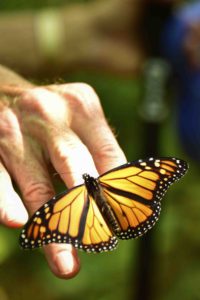 Yes, he’s full of surprises that one. And I love him so.