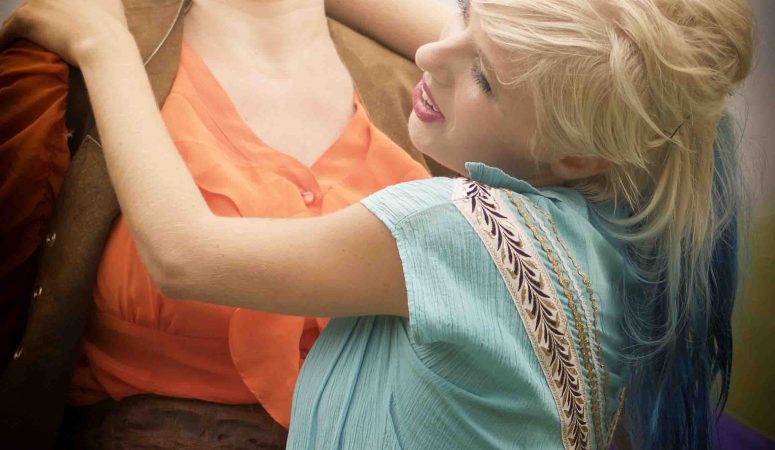 You are here: Home / Musings About Aging / Body Image In The Second Half Of Life: Why Are We Cruel To Ourselves? 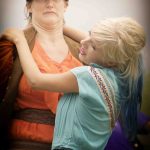 Why can’t we love ourselves?

â€œNow every girl is expected to have Caucasian blue eyes, full Spanish lips, a classic button nose, hairless Asian skin with a California tan, a Jamaican dance hall ass, long Swedish legs, small Japanese feet, the abs of a lesbian gym owner, the hips of a nine-year-old boy, the arms of Michelle Obama, and doll tits. The person closest to actually achieving this look is Kim Kardashian, who, as we know, was made by Russian scientists to sabotage our athletes.â€

Â The late afternoon sun shone through our plastic glassware and caused the various types of wine to glisten like wet jewels. Women, part of an Aging But Dangerous swarm, milled, chatted, nibbled, and laughed. The topic on this night was titled: â€œFood Fixation, Fat Fannies, and the Psychology Behind Winning The Battle of The Bulge.â€ (Agingbutdangerous.com)

Attendees were encouraged to bring, and I quote, â€œA scrumptious appetizer to share.â€ That made me happy.Â Â  I baked a large cheesecake and decorated it with ripe raspberries and a dark chocolate drizzle. Okay, so that was a dessert. But, in my defense, a soul-satisfying sweet-something seemed like an appropriate way to get through a daunting subject like fat fannies. Besides, it had berries! Berries negate any possible fear of calories.

I was one of the first to arrive, so I nonchalantly placed my cheesecake on the table. As other women walked through the door, I noticed a disturbing trend. My cheesecake was soon surrounded by fresh fruit, hummus, whole grain crackers, quinoa salad, and other healthy tidbits. What the? Since when does scrumptious mean wholesome and nutritious? Pfft!

Psychologist Catherine Cronemeyer, PsyD, LP and Registered Dietitian Shareen Marshall, RD, LD, specialists from The Women’s Clinic at Park Nicollet were the guest speakers. We grabbed plates of food and glasses of wine and gathered for an insightful conversation.

Shareen began by saying that stress, genetics, environment, hormones, lack of sleep, and food choices all play a part in midlife weight gain. Lots of heads were nodding. By a show of hands, most of the women in attendance had poor sleeping habits during this phase of life.

Catherine, or â€œCat,â€ works with people who have eating disorders. â€œIt breaks my heart,â€ she said, â€œwhen I see girls who are seven or eight years old already hating their bodies.â€

That sparked a lot of knowing murmurs. Once again we were asked to raise our hands. Who had a poor body image? The room was suddenly a sea of waving arms and sad faces. The only woman I didnâ€™t see raise her hand was sitting next to me. She is in her eighties and still models. LOVE her.

But hereâ€™s the thing. As I looked around, there was not one woman who I would describe as anything but beautiful. Different ages, shapes, and personalities formed a mosaic of interesting, vital, womanhood. It disturbed me to think they felt unattractive when they obviously are not. (I can and do think poorly of myself, but they shouldnâ€™t think badly of themselves! Dah.)

And thereâ€™s the gist of it all.

As the discussion wrapped up, Cat mentioned the work of Dr. Emoto. Heâ€™s the guy who experimented with freezing water after the water had been subjected to either loving or hateful words, thoughts, and energy. The frozen water crystals were then photographed. As you might expect, the crystals exposed to kindness were exquisite. The crystals that formed from negative thoughts, words, and music were deformed and incomplete.

And then Cat reminded us that the average human body is 50-65% water. What are we saying to ourselves, and to each other? What do hateful thoughts do to us on all levels?

As I was leaving, I spoke briefly to Cat and Shareen.

â€œThanks for your messages, â€œ I said.

â€œThanks for the cheesecake,â€ they said.

We looked at each other with quiet understanding. Life is short, why deny what brings us our joy? I felt understood, and somehow lighter.

The night air had turned chilly. But if I froze I just knew my water crystals would be pretty.