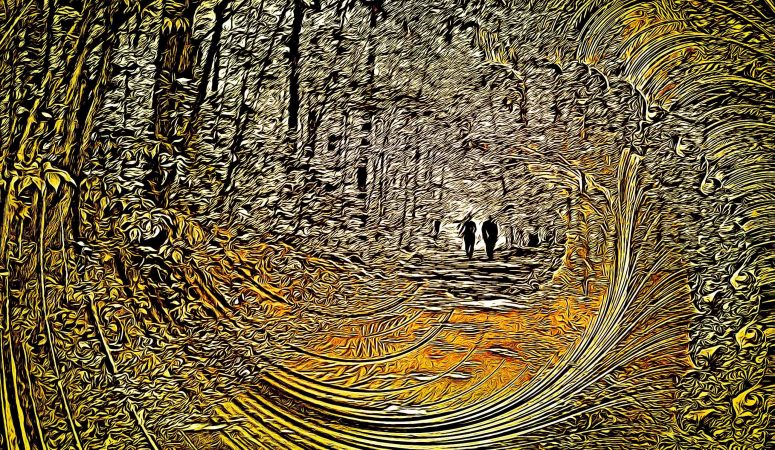 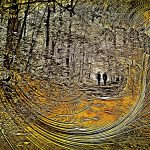 Finding their happily ever after

The waitress studied us with eyes full of curiosity. My sister and I were “out of towners” ordering drinks. Alcoholic drinks. At lunchtime. I looked around the room and noted most of the diners appeared to be locals in varying stages of life and work. Unlike us, however, they had ordered coffee, iced tea, or pop to go with their burgers and fries. They were good country folk.

My sister, dressed all city-fancy and seemingly unaware of the multitude of eyes upon us, studied the bar area.

“In honor of Dad I will have a 7 and 7, she said.” The waitress gave a brief, nearly judgmental pause, and then jotted it down. I admired the woman for not looking at her watch and crossing her chest with an airy sign of the cross.

“Whattaya have on tap?” I said. I was not dressed city-fancy.

The waitress looked at the ceiling before reciting the offerings. Despite the risk of pre-five o’clock hellfire, I chose an IPA. When our drinks arrived my sister and I clinked them together and, in unison, said, “Here’s to Aunt Bunny.”

Aunt Bunny was a beautiful woman. She was my mom’s cousin who just happened to eventually marry my dad’s brother, AKA, Uncle Ted. Bunny and Ted lived and loved and had six children together. As I child I liked when our families visited. Somewhere in my dusty memory, I recall seeing Alfred Hitchcock’s movie, The Bird’s at their farm and then proceeded to have nightmares for months afterward. It was pretty darn cool.

The interesting thing about Bunny and my mom was their friendship. Yeah, they were family, but they genuinely seemed to like each other despite having uniquely different personalities. If I were to describe Bunny as water, she’d be a tranquil pool of deep blue bliss. Calm. Welcoming. My mom, on the other hand, would be more like the water that carved the Grand Canyon. Years of raging water left its mark on the earth, and so did Mom.

I can still see Bunny’s face when Mom would tell on off-color story or joke. Bunny was half amused, and half horrified—amusified?—or so it seemed. I was a kid and could have read that all wrong. And yet I never, ever, heard Bunny tell a naughty joke or saw her embarrassing my mom. Sweet and salty. Mild and spicy. Mom and Bunny.

Both women are gone now. Mom left the earth to stir things up in heaven eight years ago. She had cancer of the breasts and bones. Bunny left last week, ending a siege of non-alcoholic induced cirrhosis of the liver.

I feel sadness for all of us who loved them and who are left in the shadow of what was, but I am happy that Mom and Bunny are no longer in physical pain. My bet is on Mom “amusifying” Bunny with dirty jokes when the angels turn their backs to pick up Mom’s discarded cigarette butts.

My sister and I ordered a second round. When the waitress slid the drinks over to us, my sister said, “We’re on our way to a funeral.” A little shocked, the waitress stumbled over what to say next. “I’m so so sorry…”

“No, no. We are celebrating her life,” said my sister.

As we were leaving my sister put down a $20 tip for a tab that wasn’t much larger. “Life is short, “ she said. We grinned at each other and drove, with the top down, to the funeral. I’m sure the waitress was amusified.