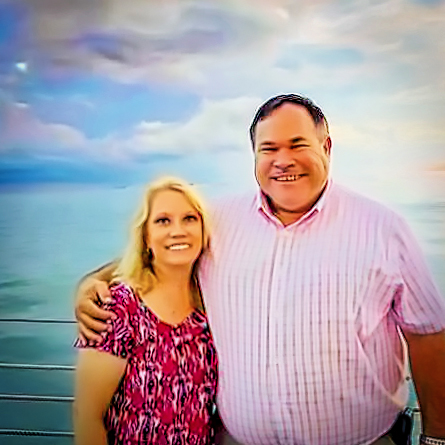 You are here: Home / Musings About Aging /

Passages: AKA Where The Heck Does Time Go?

“I know this much: that there is objective time, but also subjective time, the kind you wear on the inside of your wrist, next to where the pulse lies. And this personal time, which is the true time, is measured in your relationship to memory.” 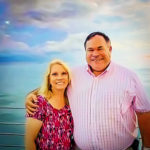 Del and Janet, adrift in the sea of being great-grandparents.

This is the brother I recall lobbing Mom’s garden tomatoes at as he sat in the “Boys ONLY” tree house. This is the brother who teased me for, well, being me. The brother who, with his left-handed ways, tormented me at the dinner table. (I’ve never been able to look at a flying elbow in the same way, no matter how innocent the move is said to be.) This is the brother who gave me rides to high school, and who wrote thoughtful letters during his stint in the Army. He is the guy who bought me my first SLR camera because he knew how much I loved photography. He is forever stuck in my mind, and heart, as a boy–or at least a young man. But now? A great-grandfather? How? When?

That’s the thing about aging, though. The body moves on, time moves on, and yet our perceptions linger. I often think of myself as I was at forty years of age. Not young, just happily fresh in the middle. The step from thirty-something to forty-something occurred easy-peasy. My energy levels remained unfazed, and life ballooned with midlife possibilities.

When the fifties showed up on my odometer, or “old-dometer,” I tiptoed into the decade as opposed to bold strides. Energy levels. Hmmm. Waning, with surprise spurts and sputters. Nonetheless, life remains ripe with desires, plans, and goals. “I am woman hear me roar” remains alive and well in my psyche.

My landing gear is now starting to come down as I approach sixty. Sixty. My grandmother, for some reason, always seems to be sixty years old in my mind. Short permed hair, plump, a smear of lipstick if she was going to church or town, and always a ready smile. (She lived to be almost 102, and although I stayed close to her until the end, she remains sixty as a conjure her memory.) I don’t feel as though my sixty will be like her sixty. But then I wonder how others will see me. And, more importantly, how will I see myself? What will I be like at seventy? Eighty? Ninety?

When my brother said he would soon be a great-grandfather, I gasped. It has been a long while since I’ve chucked a tomato at him. (Not that I won’t if he tries pulling that sexist garbage again! God gifted you with three daughters for a reason, Mr. “Boys Only.”)

That said, my big bro would still give me a ride if I asked, still teases me, and is still a pain in the butt to sit next to at a table. But seeing him, us, as great-grandparent aged humans? Whoa.

“How do you feel about this?” I asked him.

“Well,” he said. “I’ve already been a great grandfather.* So I know I will be a great, great-grandfather too.” Did I mention he is also capable of making me snort-laugh?

*(Modesty is not one of his stronger traits. Tomato anyone?)